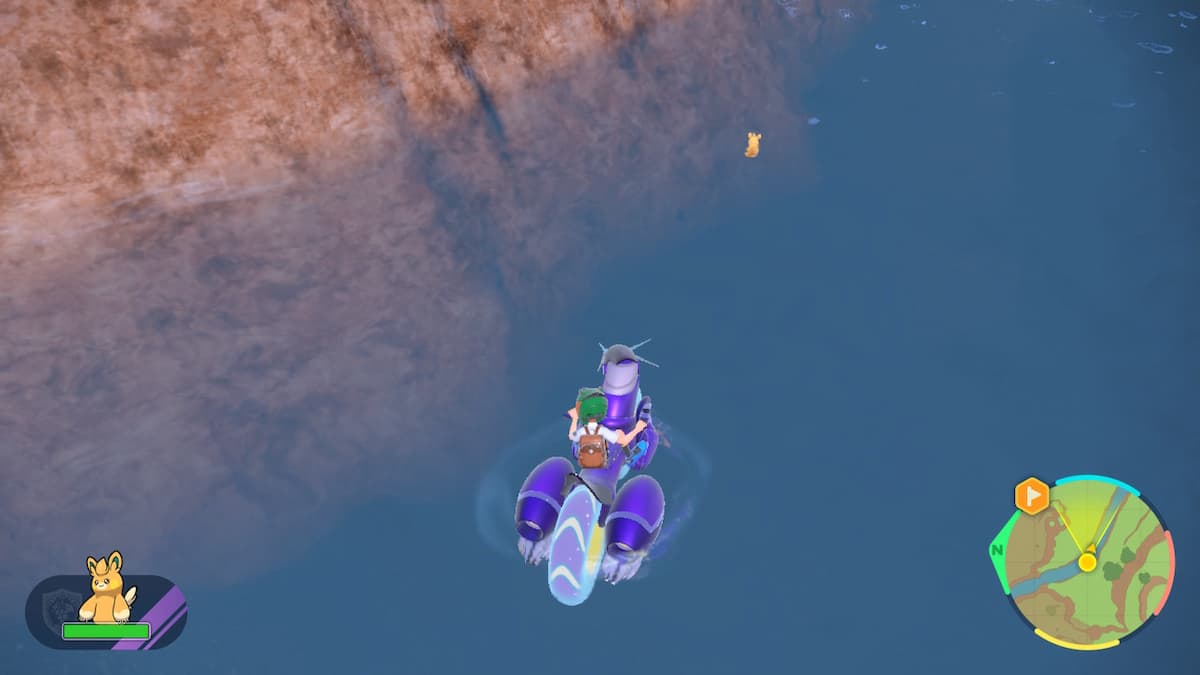 Auto-battling might be the coolest new feature in Pokemon Scarlet and Violet because it allows your Pokemon to run amok and gain some experience, but did you know it also works while swimming? As strange as it may seem, you can ride Koraidon or Miraidon on a lake and throw out a Pokemon for battling. Here’s everything you need to know to start auto-battling in water in Pokemon Scarlet and Violet.

Auto Battle in the Water in Pokemon Scarlet and Violet

All you have to do to auto-battle in a river or lake is press the R button like you normally would. Some Pokemon will float on a Pokeball pad in the water and refuse to battle, but many jump right in and swim to their next battle. In the below screenshot, you can clearly see that Pawmo is a natural swimmer, and is eager to take on a Buizel. You’ll probably have to experiment to see exactly which Pokemon are willing to battle in the water, but a high level water Pokemon is a safe choice.

In order to swim with your ride Pokemon, you’ll have to beat the Titan Pokemon Bombirdier. It’s weak to Electric, Rock, Fairy, and Ice attacks, and Terastallizing will increase your damage tremendously. You’ll probably have the easiest time catching Fairy Pokemon like Fidough by Mesagoza, then you too can hunt down Psyduck that flee into a pond and knock them out.