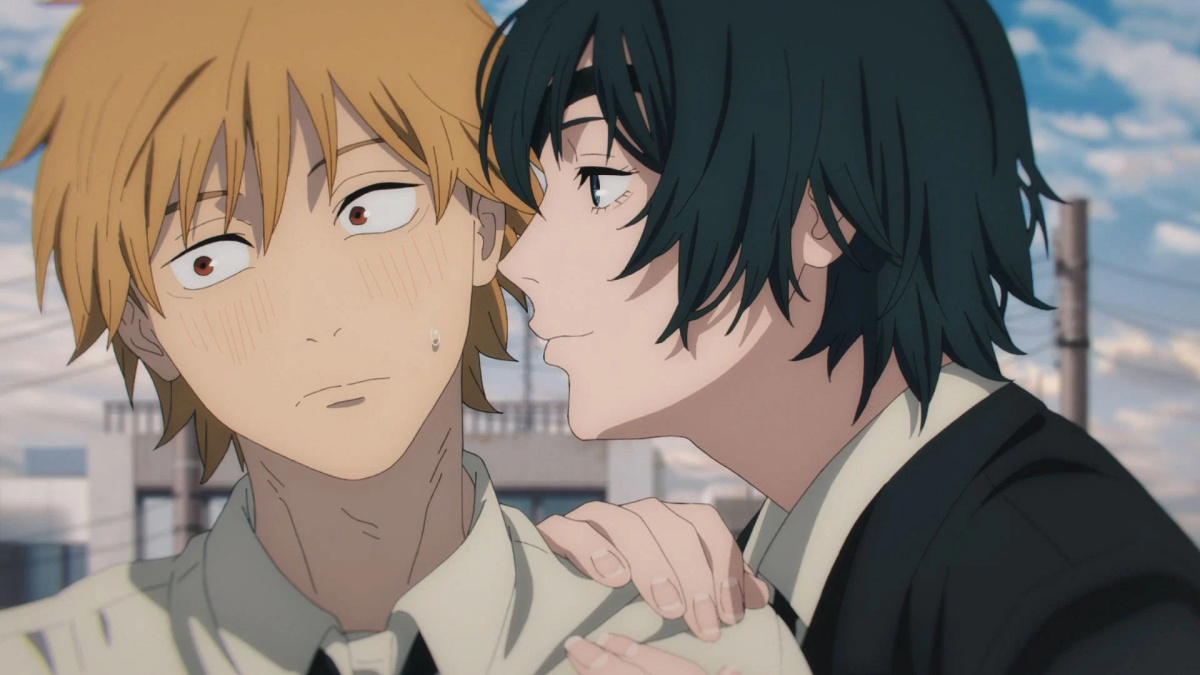 The Chainsaw Man anime and manga has one of, if not the, most disgusting scenes in the history of either medium. It’s enough to make most any viewer’s stomach churn, and it does so without the use of any gore or bodily dismemberment. And yet, even after you’ve seen it, you’re left wondering: Why did Himeno vomit in Denji’s mouth in Chainsaw Man, and why was it such a drawn-out affair?

Well, whether we like it or not, we’ve got all the answers you’re looking for.

Why Did Himeno Puke in Denji’s Mouth in Chainsaw Man? Answered

The reason Himeno puked in Denji’s mouth in Chainsaw Man is simple: She got too hammered while trying to outdrink Makima and wound up making herself sick.

Before the welcome party for the new Division 4 members was set to be held, both Himeno and Aki decided to try and get Makima to reveal why she has such a keen interest in Denji. They decided the best course of action was to try and get Makima tipsy so that her guard would be lowered and challenged her to a drinking competition at the aforementioned party.

Unfortunately, this ended up backfiring on them. Makima drank Aki under the table, while Himeno ended up getting way too drunk way too fast. This led to her being extra flirty with Denji, and when she started to make out with him as repayment for defeating the Eternity Devil and saving Aki, she began to feel sick and ended up throwing up into Denji’s mouth.

It’s a god-awful thing for her to have done to him, but it wasn’t malicious or intentional. If anything, it was just another moment in a long string of unfortunate events that make up Denji’s life.

Did Himeno and Denji Have Sex?

On the plus side, this unfortunate event does have some positive repercussions for Denji in the following segments of Chainsaw Man.

In addition to earning the sympathy of his team members, Denji also ends up getting brought back to Himeno’s place. She then ends up asking if he wants to have sex with her, but he refuses, earning her respect and her friendship. They then decide to work together to earn the affection of the people they’re actually in love with; those people being Makima for Denji and Aki for Himeno.

Hopefully this cleared up why Himeno vomited into Denji’s mouth in Chainsaw Man. For more on the series, check out any of the related articles down below. We’ve also got plenty of other explainer guides, including ones on what a Fiend is, whether or not Pochita is dead, and what the Gold Ball is.