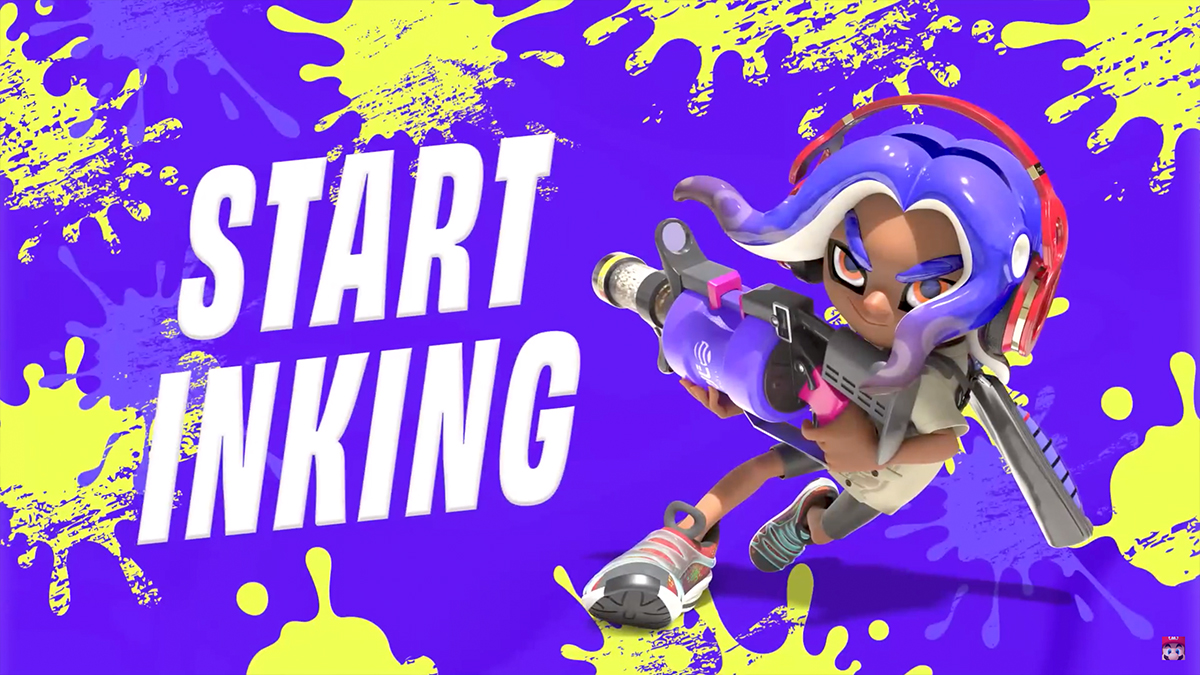 With Splatoon 3 getting ready to release its first major update, it’s time to make sure your splat skills are up to par with the rest of the colorful competition. Other Inklings are getting better every day and if you want to keep up, these are helpful tips that will show you how to become a better Splatoon 3 player and splat the competition.

Paint As Many Walls As You Can For Tactical Advantages

Paint is the source of all movement in Splatoon because you’ll get slowed down when moving over unpainted areas and you’ll be terribly slowed down and damaged when moving over enemy ink. To help mitigate that and create a turf advantage for your team, be sure to paint vertical walls whenever you can. Most players ignore walls and only paint on them when they need to climb them.

This is also critical for Tower Control. Next time you play that mode pay attention to the tower and you’ll see that your team will most likely ignore the side of the tower facing the enemy team. This is a huge mistake because it makes it easy for them to climb up. Always paint all four sides of the tower to slow down and hinder the opposing team.

In the heat of battle, this might mean the end of you or a teammate if you’re trying to escape and you get splatted trying to paint a wall that’s blank or covered in enemy ink. Now imagine if you or your teammate runs up to that wall and it’s already painted; that split-second could make all the difference.

When an enemy runs up to the wall and has to paint over your ink, they have to waste time painting and will need to be extra accurate when climbing because they’ll be slowed and damaged if they start touching any of your surrounding paint. Overall, this is a good habit you should incorporate into all your game modes ASAP.

Be a Decoy or Distraction For Your Team’s Advantage

It’s usually a bad idea to get splatted during the battle since the time it takes for you to respawn can be costly, and that’s one less Inkling to putting down paint for their team. However, depending on how good your teammates are doing, and the game mode, you might actually gain an advantage for your team or extend the lead if you become a temporary decoy and bait the other team into trying to splat you. Every Splatoon player’s natural instinct is to splat an enemy when they see them, which means they might momentarily forget about a mode’s objective and try to splat you instead.

Use this to your advantage and lure opponents away from a Splatzone, controlling the Tower, and your teammates. This tactic becomes incredibly effective if you’re able to keep more than one opposing Inkling busy as they try to chase and splat you. Chances are, the longer you can avoid getting splatted, the more frustrated and distracted the enemy will become. And every second they’re trying to splat you is one second lost trying to get the objective.

There’s nothing wrong with having your favorite go-to weapon or main choice, but no matter how good of a player you become, having only one or two weapons in your repertoire might hold you back. It’s definitely a good idea to start with one or two weapons as you learn the game, but after you’ve spent a good amount of time with them, it’ll benefit you to expand your familiarity with more weapons.

Memorize Alternate Paths and Shortcuts Across the Map

This tip can function across all gameplay modes in Splatoon 3, but it’s most important in Rainmaker mode since you need to know what the available routes are to the goal. There are always at least two opposite routes to take the Rainmaker to the checkpoints and goal, and you’ll also need to either lead your team through the best route or be aware of which path they’re taking to help protect them.

Additionally, if you take the time to explore each map, you can find ways to jump across platforms or climb up walls to get to new areas of the map you didn’t realize were accessible, opening up new strategic positions and ambush paths.

Stick to a Specific Role and Equip the Appropriate Gear

Every player should understand the importance of wearing gear that has four slots filled up with abilities, but you can go beyond that with tailor-made fresh fits that concentrate on a dedicated role. If you’re able to consistently play with a team composition, then you can maximize this strategy to its fullest potential. Having a specific role and sticking to that will make game modes easier for you to navigate and will improve your skill in that area. Most Splatoon 3 players already play one of the two most popular types of roles and don’t even realize it.

For example, you can be a dedicated splatter who leads the front line and aggressively attacks the other team with only one goal in mind: getting splat eliminations. If you can keep the other team from having all of their players on the map at the same time, they’ll be less effective overall. You’ll also be responsible for battling the other team’s splatters, anyone who has the Rainmaker, and enemies on the Splat Tower. Most splatters will be using short-range weapons like dualies, sloshers, splattershots, and sploosh-o-matics, but long-range snipers can fill the role just as easily.

When equipping gear, you’ll want to have respawn punisher as your priority, followed by increasing your main ink tank, quick respawn, stealth jump, and drop roller to get you into battle faster and safer. Most Splatoon players take on the splatter role naturally, but a full team of splatters can easily lose if they’re not able to paint the map.

Another vital role is the painter, which is a support role that focuses on helping the team by laying down as much paint as possible to make movement easier for your team and more difficult for the enemy team. This is the primary way to play a turf war, but in other modes, it can make all the difference when the other team doesn’t have a dedicated painter and is trying to get to an objective or splat your teammates. In battle, Inklings won’t be able to maneuver efficiently when they’re constantly being surrounded by your paint and if their weapons don’t have the paint output to keep up with your painting weapon, they’ll find it extremely difficult to have any sort of map control.

When playing this role, you’ll need to pick a weapon that paints a lot and can possibly splat or has a strong special move that also benefits your team. Examples include the basic stringer which spreads paint fast and wide but doesn’t splat well at all, to the rollers which put down paint more slowly but have excellent splat potential. This is a critical role because the team that controls the map will be the team with the best chance to win.

In case you haven’t picked up Splatoon 3 yet, and are wondering if its worth it, read more about the game here and make up your mind fast! With these tips in mind, you’ll know how to become a better Splatoon 3 player and splat the competition. Keep up with Twinfinite for all your Splatoon 3 info like the new Chill update that’ll bring a bunch of new changes to the game. Now put them into practice, stay off the hook, and don’t get cooked!