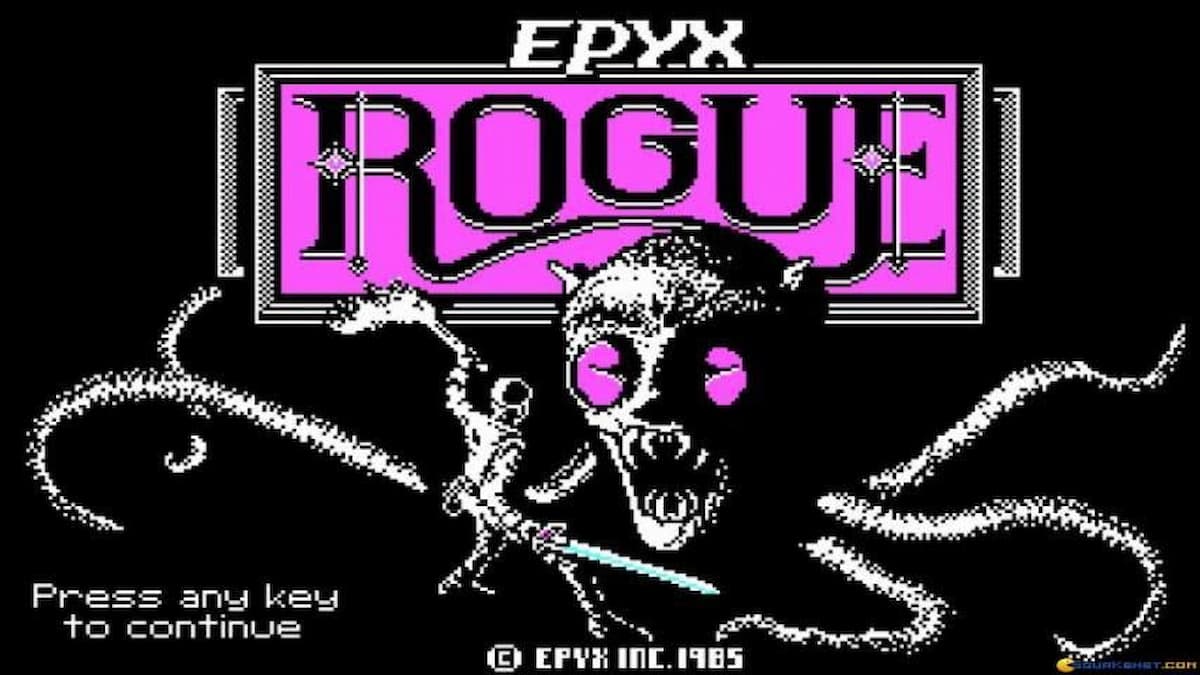 Roguelike and Roguelite are two similar-sounding words that often get conflated. Both were coined to describe games that follow a specific pattern of gameplay, yet both are quite distinct. Video game fans have had a lot of discussion about these definitions, with some annoyance when you call a Roguelite a Roguelike game. It can all be very confusing, so here’s the difference between Roguelike and Roguelite Games.

What is a Roguelike? Answered

Rogue is a text-based game from the year 1980 with visuals depicted in ASCII characters. It involved procedurally generated levels and had permanent character death. In addition, it was a turn-based RPG with a grid system for movement and combat. Several other games would mimic this popular style, like Hack, Nethack and slightly more recently Dungeon Crawl Stone Soup released in 2006, which has had updates as recently as 2022.

A 2008 conference of Roguelike developers established a more rigorous definition known as the “Berlin Interpretation“. This definition is somewhat loose, defining a set of features that Roguelikes have that measure how “Roguelike” a game is by comparing it to a cannon of five games: ADOM, Angband, Crawl, Nethack, and Rogue. This definition talks about non-modality, where the game only has a single mode (combat mode, for example), and other ideal elements like exploration, resource management and complexity.

Several other popular definitions also exist, like the older definition of Roguetemple. Some definitions are a lot harsher, requiring a game to have all of a list of elements including an inventory system and random combat. However, in general, the four key elements definitions agree on are procedural levels, permadeath, grid-based combat, and turn-based gameplay.

What is a Roguelite? Answered

Roguelite is a much more all-encompassing genre that includes games that have permanent death and procedural levels. It was coined when the term Roguelike was being used to refer more broadly to games that didn’t necessarily look a lot like Rogue. Games like FTL which have elements of the Berlin Interpretation, but weren’t exactly like Rogue besides those elements, were being called Roguelikes. As a result, a new term was created.

Roguelite is now a very broad genre, encompassing the same chasm of design vocabulary as “open-world”. Games like Hades and Slay the Spire are both Roguelites, but not Roguelikes. Unlike the term Soulslike, which is a category with more specific connotations, Roguelites are very different from one another.

Do People Agree on One Definition of Roguelike?

Getting people to all agree on a definition is hard enough in the real world, and in the world of video game discussions, it’s all but impossible. It’s especially interesting when a curveball is thrown into the mix, like Dwarf Fortress, a game with ASCII graphics like Rogue, but fundamentally more of a colony sim.

Another hotly debated topic is whether meta progression bars an otherwise Roguelike game from being a true Roguelike. The new definition of a Roguelike on Roguetemple holds having “clean runs” as a core aspect of what makes a Roguelike a Roguelike.

In general, a safe rule is that any game that just has permanent death and procedural levels, it’s definitely a Roguelite, at least. If it does more things similar to Rogue, like turn-based combat or grid-based combat, then you’re getting more of a true Roguelike experience. That, in general, is the main difference between a Roguelite and a Roguelike. For more on Roguelites and Roguelikes, feel free to browse the links below.