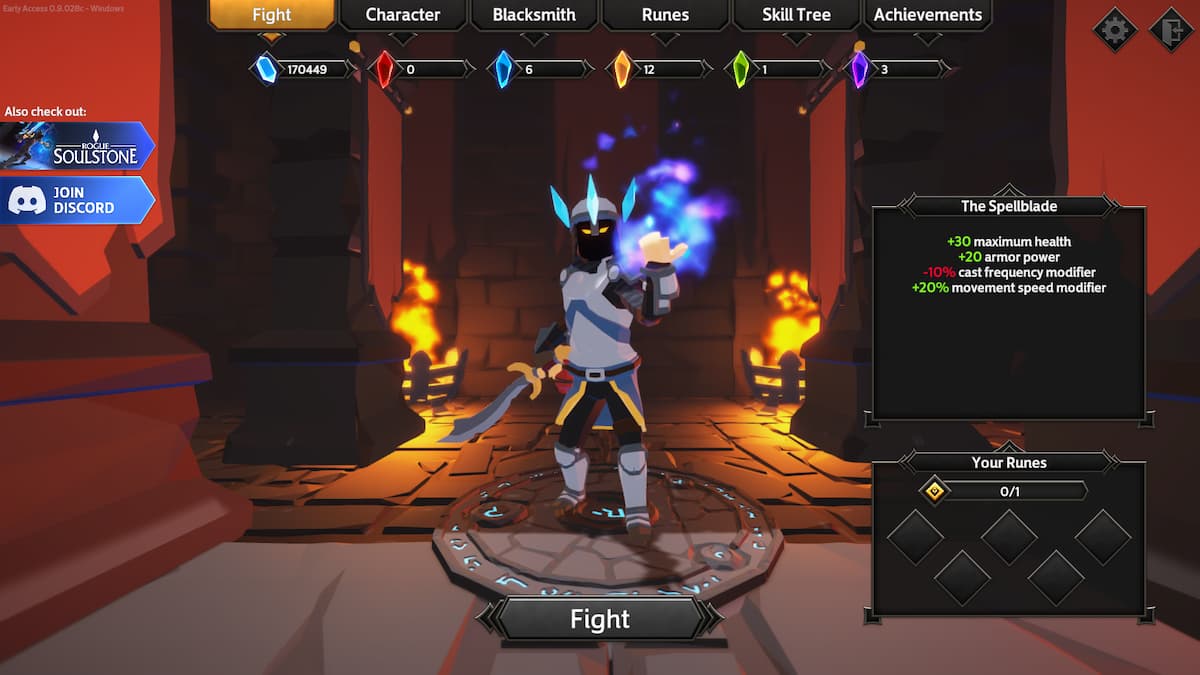 Soulstone Survivors is an attempt at genre alchemy. It asks whether or not you can take the flashy, screen-covering abilities of conventional top-down action RPGs and apply them to a Vampire Survivors shell. It’s an experiment in many ways, and that rough, untamed feeling is part of its charm. It’s also rough in the sense that it’s unpolished and sometimes frustrating.

Soulstone Survivors is a game by Game Smithing Limited, a two-man development team. It is currently in early access on Steam, but most of the core gameplay is in place with future updates listed on the roadmap indicating that they are working to add more content to this gameplay with time.

At its core, the gameplay emulates the roguelite hit Vampire Survivors, in which you control a character’s movement to navigate through monsters while that character uses skills to attack nearby enemies automatically. The main immediate changes to that formula set by Vampire Survivors include three-dimensional graphics, an instant dash button, and the ability to change your character’s facing to cast your abilities in a different direction.

This has its benefits. Soulstone Survivors is more about the big picture. You’re able to plan out your build more effectively and make decisions with lasting repercussions much easier because individual enemies are far less of a threat to you. In Soulstone, you have to keep an eye on the long term even when things get harder later in the game. It’s rare that enemies, especially in the early waves, will be able to overwhelm you completely.

There are, however, drawbacks to this approach. Soulstone Survivors feels a lot less compelling in moment-to-moment gameplay. This is because although enemies can overwhelm you, you’re given a lot of tools to get out of trouble. Your dash is a get-out-of-jail-free card most of the time, and instead of making individual attacks hit harder Soulstone Survivors prefers to amp up difficulty by throwing out more attacks.

At the same time, it does feel like you have a lot more control in Soulstone Survivors than Vampire Survivors. Being able to change your facing is a big thing, allowing you to prioritize targets if you wish. The dash also gives you the ability to manipulate enemy waves much easier and eliminates a lot of those feel-bad moments where you get blindsided and die instantly. You can upgrade abilities directly when you get their cards, or if you get upgrades that apply to a specific type of ability, which allows you to tailor builds much easier. While in Vampire Survivors you need to unlock passive items, Soulstone Survivors gives you cards that modify your stats and the stats of your abilities immediately. You can build your characters to the point where they’re swinging their axes at superspeed, or increase the area of your abilities so they cover half the screen.

However, damage in general is a little screwy in Soulstone Survivors. It’s very all-or-nothing. Either you’re wading through enemies with contemptuous ease or you’re desperately trying to chip away at them while trying to find whatever corner of the map won’t get you surrounded. The former is satisfying, if sometimes tiresome, while the latter has all the existential dread of realizing just how many cars are ahead of you in rush hour.

You will die in Soulstone Survivors for two reasons: either you’re not doing enough damage, or you can’t dodge enough to get out of harm’s way consistently. You may get caught out by overwhelming damage early in your time with Soulstone Survivors, but that’s much less common when you pick up some permanent upgrades to increase your survivability. This makes getting hit less run-ending than Vampire Survivors, where you can get suddenly murdered out of nowhere, but also makes it feel much rougher when you’re doing badly. If you’re struggling to kill bosses because your damage is too low, it feels demoralizing to have your health bar slowly chipped away at by enemy attacks that you could dodge easily individually, but there are too damn many of them. It makes dying in Soulstone Survivors perversely worse than infamously harsh games like Dark Souls. You know it’s happening as it happens, and you’ll feel it every step of the way as you drown in red damage circles.

That’s not to say that all deaths are inevitable, and in fact, it feels much easier to recover from mistakes than Vampire Survivors. Soulstone Survivors is a lot more generous with healing, and if you’re focused enough you can limp away to safety after taking a few bad hits and start waiting for healing crystals to spawn. There is something fascinating about how the game, early on, is about scything through enemies and sidestepping the occasional attack, but later on, it’s about managing your positioning and enemy pathing. The fact that you’re given so many tools to avoid damage makes it feel less like you’re just being ruthlessly mobbed.

These problems would not be so bad if the enemies weren’t so plentiful and if everything didn’t blur into visual noise after a while. You have six skills, and you can upgrade each of them to activate more often or to have a chance to activate twice or more in a row. With that, the hordes of enemies, the crystals they leave when they die, and the red glowing circles indicating their attacks beforehand, everything becomes hard to track individually.

Scale is the root of all Soulstone Survivors’ problems. It’s hard to strategize when you can’t really pick out which attack is doing all that damage you need among six rapid-fire abilities. It’s hard to feel good about defeating enemies when you know that they’re a quota you need to fill out before you can defeat the bosses. It’s hard to care about a boss fight when you realize that your damage is too low because you screwed up your build or didn’t take enough upgrades beforehand. It’s hard to care about any one particular run, when it’s always measured in the context of trying to unlock a particular ability or character you’re excited to try.

However, at the same time, scale is what Soulstone Survivors does really well. It feels really good to play into each of the characters because their abilities feel impactful. Physical strikes are massive, anime-style swings of oversized weapons that cleave through hordes of enemies. Magic is an elemental force with large areas of effect and high damage. When you get access to bombs, you feel like a B-17 for the amount of carpet bombing ordinance that you are laying down.

It’s a uniquely permissive game in a good way, allowing you to not only play whatever you want but also making that permutation fun. The fact you can modify the speed and spread of abilities means you can balance out the weaknesses of these skills yourself. There is an issue in that every build works pretty well, and you’re going to want a little bit of everything so runs are going to look a bit samey at a macro level eventually, but early decisions of what flavor of skill to focus on really do matter. If you want to have a lot of bombs, there are enough bombs to make that work. If you want to focus on fire or ice, you can also do that with those respective skills.

All in all, Soulstone Survivors has glaring flaws, but it’s just about worth the ten-dollar price tag. It’s the sort of absorbing game you can idly play while listening to a podcast, and you can also ratchet up the challenge with several mechanics if you want to play it seriously. The skills you unlock and that they plan to release later will give the experience some longevity, because most of them are so visually and mechanically fun to see, but the difficulty will be in struggling to unlock these new toys, as the developers can sometimes gate them behind very challenging achievements. It’s a game with issues, that still casts a hopeful light on Game Smithing Limited’s future projects. Soulstone Survivors should, by all rights, be a quick cash grab based on a novel semi-popular Steam formula, but it feels like a genuine attempt to try something different and interesting in the genre space.

It is worth noting that your mileage may vary depending on the quality of your computer and/or graphics card. Due to the number of enemies spawned, there may be performance issues. Be aware of this, and perhaps try the prologue demo beforehand to get a feel for how it runs on your machine.