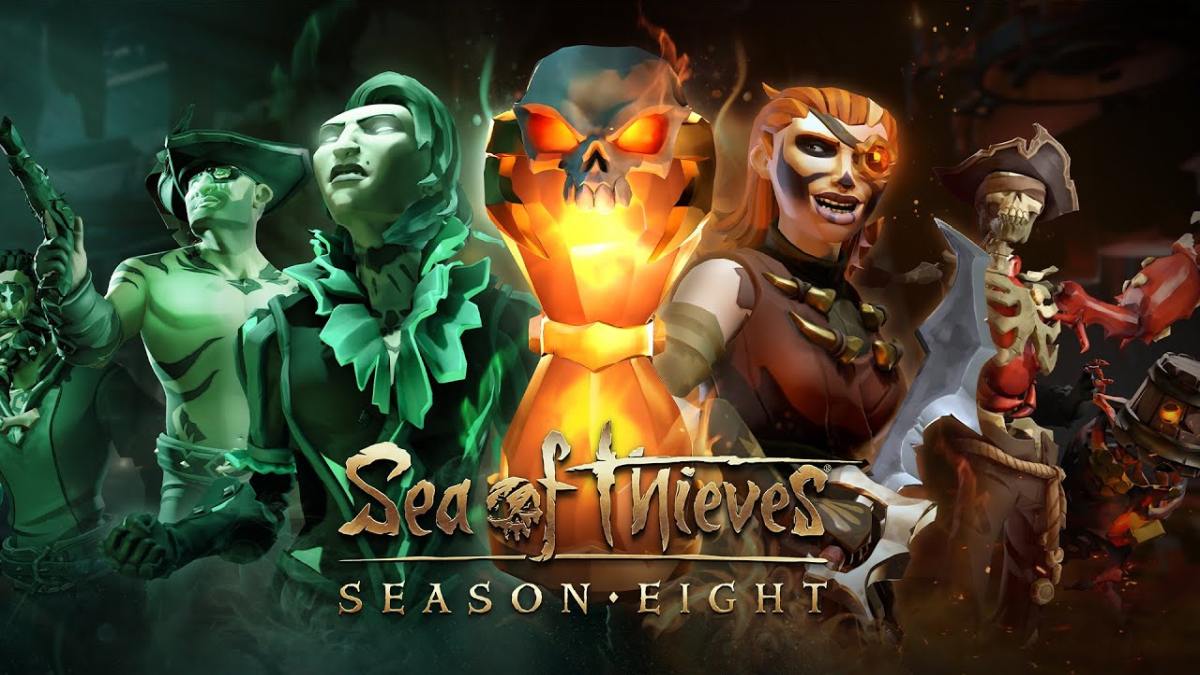 Today Microsoft and Rare revealed the content and features coming with the upcoming Season 8 of the popular game-as-a-service title Sea of Thief.

The biggest new feature is faction-based PvP that let you pick a side (temporarily) for on-demand battles between the Guardians of Fortune loyal to the Pirate Lord and his allies, and the Servants of the Flame, sworn to Flameheart.

Speaking of which, today we also learned that Flameheart’s faction has won the battle that started with the latest Adventure, causing Pendragon to be banished to the Sea of the Damned.

After you optionally pick your side via the Hourglass of Fate you can keep going about your adventures or actively hunt and sink opposing ships.

Using the war map on your Captain’s table you can also be matched against an enemy ship. Your ship will literally dive under the sea as you are transported to a battle area within the open world where you will face your opponent. Leaving the area before your enemy is defeated will sink you, but winning the duel will make the Hourglass of Fate more valuable.

When you are ready to stop fighting, you can sell your Hourglass at an outpost for gold. Fighting will also earn you Allegiance which lets you level up your faction. Multiple victories in a row increase your streak, and if you reach four, you’ll become a faction champion and be marked on the map for enemies to challenge.

Defeating an enemy faction champion earns you slightly more Allegiance and a lot more Hourglass value than usual, and you’ll earn even more allegiance if you fight with treasure on board (the more treasure, the more allegiance).

Of course, building up Allegiance levels let you earn unique rewards, and at 100 you can gain access to secret areas of the Athena’s Fortune Tavern or the Reaper’s Lair.

On top of a number of exclusive rewards found in these areas, you can undergo a ritual to become undead (either a ghost or a skeleton depending on the faction).

You can find the video below and see everything mentioned above. The new season kicks off on Nov. 22.

Sea of Thieves is currently available on PC, Xbox One, Xbox Series X, and Xbox Cloud Gaming. You can also grab it via Game Pass.