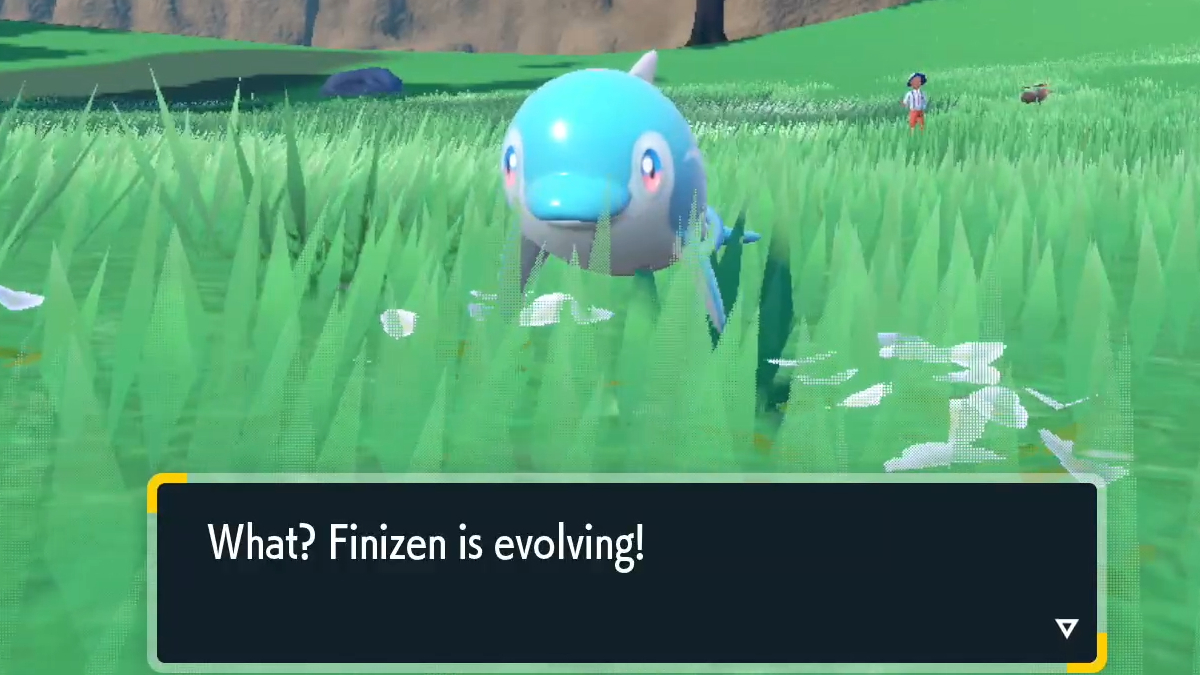 Just like the Pokémon titles that preceded it, Generation IX’s Scarlet and Violet are no strangers to interesting requirements to evolve certain Pokémon. If you’ve successfully caught the Dolphin Pokémon already and are looking to learn how to evolve Finizen into Palafin in Pokemon Scarlet and Violet, we’ve got you covered below.

While Palafin is required to reach a level threshold before it’s able to evolve into its next form, the player needs to do a little something extra as well. Finizen is only able to evolve into Palafin after reaching level 38 and then leveling up in battle during Union Circle co-op with at least one other player.

For the sake of clarification: In order to evolve Finizen into Palafin, the player must be participating in co-op with someone else when Finizen levels up. If Finizen reaches level 38 while you’re already in a multiplayer session, it will automatically evolve to Palafin right then and there.

If your Finizen has already reached level 38 during solo play, evolving it into Palafin is as simple as leveling it up again while exploring Paldea in a co-op session via the Union Circle.

While some players have reported that the other player has to be watching Finizen during battle in order for the evolution to begin, our own Finizen leveled up the moment it hit level 38 despite our co-op partner being in a completely different region of Paldea at the time.

This makes the watching requirement some players have expressed online seem unnecessary, but it’s still an important caveat to keep in mind if you’re playing in co-op and Finizen refuses to evolve even after reaching the requisite level.

罢丑补迟’蝉 everything you need to know about evolving Finizen into Palafin in Pokemon Scarlet and Violet. If you’re looking for information on how to evolve other Pokémon, be sure to read our guide on evolving Dunsparce into Dudunsparce. We have similar guides for evolving Girafarig into Farigiraf and obtaining an ice stone to evolve Pokémon like Eevee.