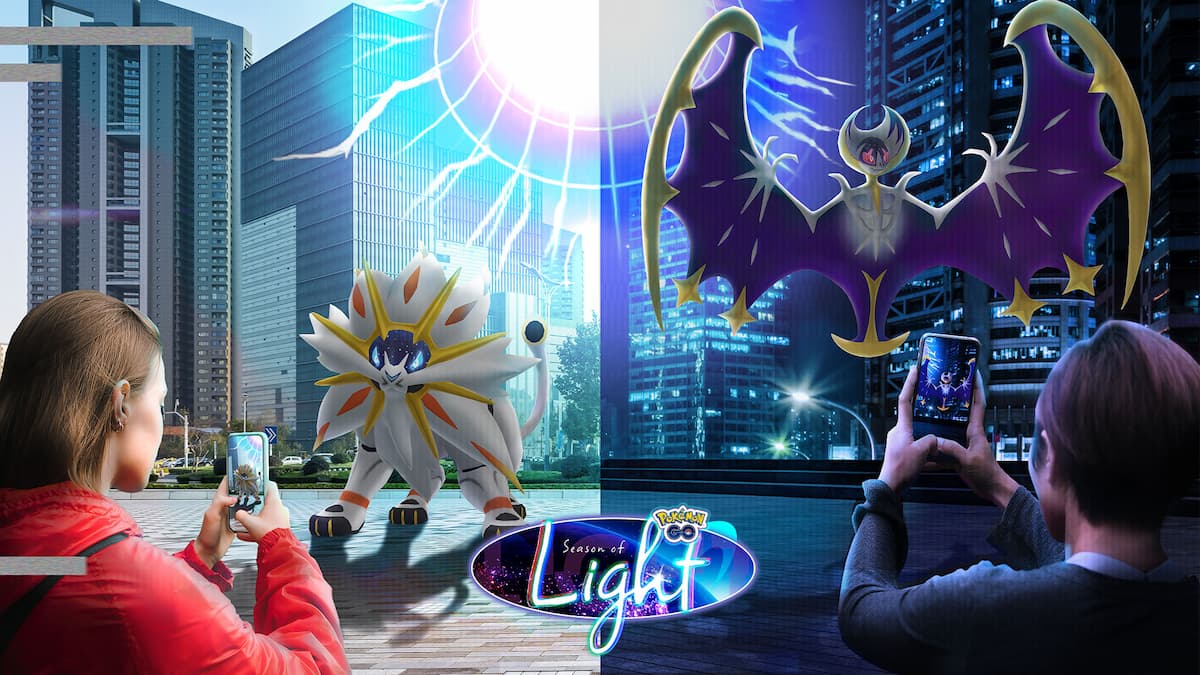 The Legendary Pokemon of Sun and Moon will soon be making their long-awaited debut in Pokemon GO. Earlier today, The Pokemon GO Team announced the details for the upcoming Astral Eclipse event that will feature the Legendary Alolan Pokemon Solgaleo and Lunala. Additionally, there will be a global event next week focusing on Ultra Beasts with increased spawn rates for their raids.

In order to obtain Solgaleo or Lunala during this event, you’ll need to evolve Cosmoem using 100 Cosmog Candy. Evolving during the day will result in a Solgaleo and evolving at night will get you a Lunala. The most likely method for obtaining the necessary candy will be the continuation of the currently active A Cosmic Companion Special Research.

Choose wisely when evolving since each trainer has only been able to obtain a single Cosmog so far. That may change in the future, but Niantic has not indicated what their plans are to allow players to get both Lunala and Solgaleo outside of trades.

Below you can find a list of the Pokemon who will be appearing the wild during the Astral Eclipse event (potential shinies marked with an asterisk*).

When it comes to raids, the Astral Eclipse event will feature Drifloon, Frillish (male and female), Inkay, and Rockruff in one-star raids. Only Frillish doesn’t have a shiny form of those Pokemon. Three-star raids will feature Druddigon and Hisuian Braviary with shinies available and Tentacruel. Rounding out the top of the card for five-star and mega raids are Nihilego and Mega Houndoom. Only the latter has a shiny version available.

It’s also worth noting that there will be Solgaleo mask and Lunala wings available in the Shop as avatar items.

Last but not least, there will be a major Ultra Beast-themed day right in the middle of the Astral Eclipse event on Nov. 27 from 11 AM to 5 PM local time. Each Ultra Beast currently in Pokemon GO will be available in raids around the world.

Nihilego and Guzzlord are the two constants throughout the Americas (Buzzswole), Asia Pacific (Xurkitree), and Europe (Pheromosa). On top of that, Kartana will be appearing in the Northern hemisphere while Celesteela will be in the Southern hemisphere.

The good news is that this event titled Ultra Beast Arrival: Global will feature Timed Research that includes encounters with all Ultra Beasts currently in Pokemon GO. That means players around the world will be able to get at least one more copy of Nihilego, Buzzswole, Pheromosa, Xurkitree, Guzzlord, Celesteela, and Kartana each.

Leading up to the event, there will be trainer referral rewards given at the 50 thousand and 100 thousand milestones. At 50 thousand trainers referred, everyone will get a free Lure Module, and at 100 thousand, trainers will be able to use Beast Balls when catching Ultra Beasts during the event on Nov. 27.

On top of all that, there are three bonuses that will be active during the Ultra Beast Arrival: Global event. Raid XP will be increased by 1.25 times against Ultra Beasts, Rare Candy XL will be more likely to drop at in-person raids, and trainers will be able to get five free raid passes up to two hours after the event.

Last but not least, there will be special spawns for players who are raiding in person. After defeating an Ultra Beast, the spawn rates of Machoke, Scyther, Magmar, Gulpin, Absol, Minccino, Frillish, and Dedenne will increase for a short amount of time around the host gym.