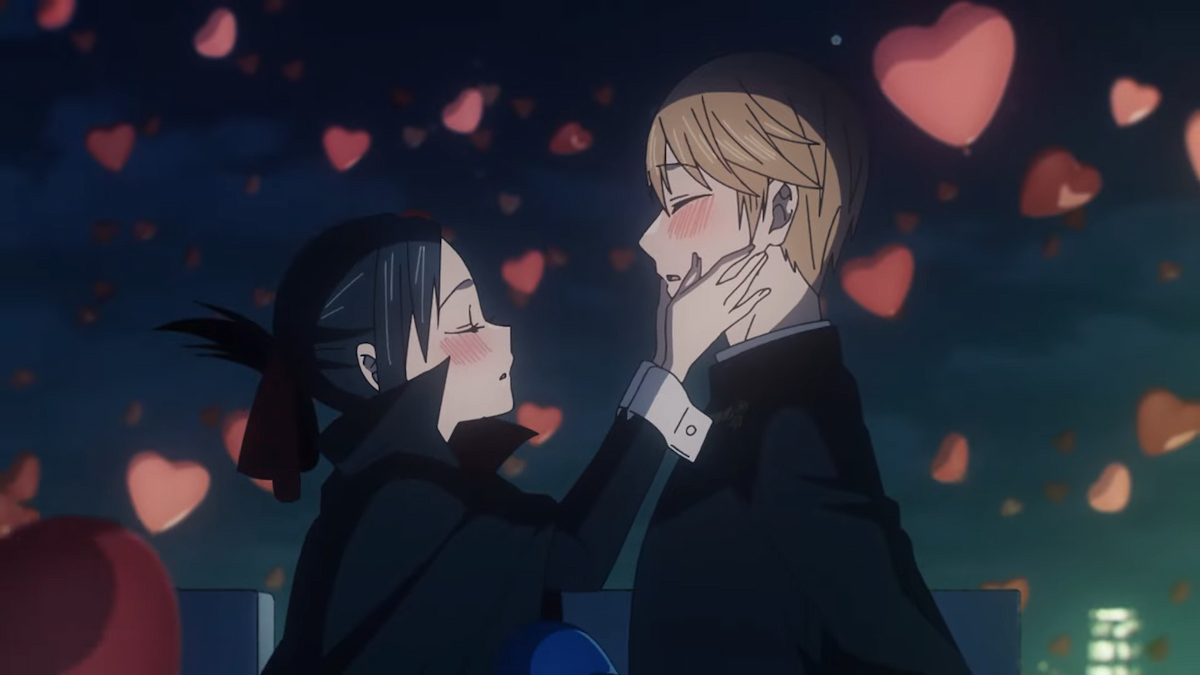 Anime NYC 2022 is going on this weekend, and we have a big announcement to share that has come out of the convention. The Kaguya-sama: Love is War anime movie will be coming to theaters in the US in February 2023. The full title of the film is The First Kiss That Never Ends. The news comes out of a special world premiere preview screening held for Anime NYC 2022 attendees.

The timing of a movie coming is perfect as the third season of Kaguya-sama: Love Is War only ended airing in English several months ago in June. Considering the manga has already finished, getting more of the anime is certainly welcomed. Considering the heavily romantic nature of The First Kiss That Never Ends, it will likely hit right around Valentine’s Day.

For those who weren’t able to attend Anime NYC, a special trailer for The First Kiss That Never Ends was also uploaded to YouTube so everyone excited for it still get a sneak peek.

The YouTube trailer description gives a small summary of the upcoming film:

Shuchiin Academy’s student council room – the place where Vice President Kaguya Shinomiya and Student Council President Miyuki Shirogane met. After a long battle in love, these two geniuses communicated their feelings and, at the Hoshin Festival, had their very first kiss. However, there was no clear confession. The relationship between these two, who assumed they would be a couple, remains ambiguous. Now, overly conscious of their feelings, they must face the biggest challenge yet – Christmas. It’s Shirogane who wants it to be perfect versus Kaguya who pursues the imperfect situation. This is the very “normal” love story of two geniuses and the first kiss that never ends.

Earlier this month, Kaguya-sama: Love Is War mangaka Aka Akasaka announced his partial retirement from being a manga artist.