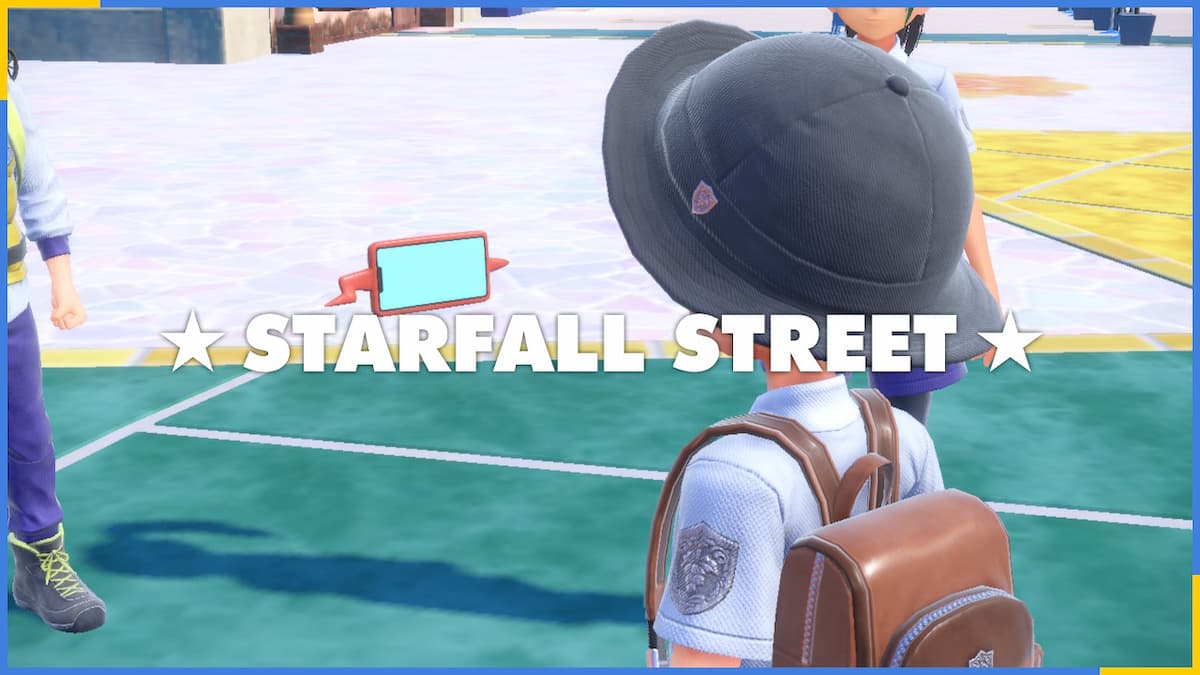 Battling Team Star is one of the most fun parts of the latest Pokemon games, especially the Star Barrage, but beating the bosses is satisfying. If you’re eager to take down Team Star, you’re in the right place: here’s everything you need to know on how to challenge and beat every Team Star Boss in Pokemon Scarlet and Violet.

The first step to challenging every boss is just to head to the front gate and speed through your conversation with Cassiopeia and Clive, then challenge the guard. If you hop the perimeter fence on Koraidon or Miraidon, you should be teleported to the front gate with a funny message from the squad, then you can beat the guard.

Ortega of the Fairy Crew

Fairy is weak to Poison and Steel, and Revavroom is both types, so you may as well use one in the Star Barrage and boss battle. Ortega’s Pokemon are all level 50, so you’ll want a team around that threshold. The Fairy Crew boss uses the following team:

Atticus of the Poison Crew

Ground-type Pokemon are great against the Poison crew, especially the Starmobile, but Steel Pokemon are immune to Poison and Psychic is super effective against Poison too. You’ll want to have Pokemon around level 30 and give one or two a Pecha Berry so it can cure itself once when Poisoned; anyway, this is Atticus’s team:

Eri of the Fighting Crew

Training the many Flying Pokemon of Paldea will pay off here, but Fairy and Psychic attacks are also super effective against Fighting, plus Ghost Pokemon are immune to Fighting attacks. Just like the other bases, speed through the Star Barrage by running from group to group and hitting R, and heal with Clive if necessary. Eri has the highest level Pokemon, so it’s optimal to challenge her last:

Mela of the Fire Crew

For this base Water, Ground, and Rock Pokemon in the mid-20s level wise will give you a big advantage because Mela has a level 27 Torkoal and her level 26 Starmobile. The boss battle with Mela might be the strangest of them all, as her Starmobile has Speed Boost in addition to the exclusive move Blazing Torque. A Ground-type like Donphan or Clodsire will help you here and against Atticus.

Giacomo of the Dark Crew

This is a great first base to capture, as the Pokemon here are around level 20. Bug, Fighting, and Fairy Pokemon are super effective against Dark, and Torountala is easy to find near Los Platos. You have lots of time during the Star Barrage if your Pokemon are also around level 20, so just run between groups of Dark-types and knock them out, and heal with Clive if things go south.

After you beat the Barrage, the fight with Giacomo begins: he’ll send out a level 21 Pawniard first. Fighting attacks like Low Kick deal x4 damage to Pawniard and this attack is great against the massive Starmobile, even on a non-Fighting Pokemon.

Once you beat all the bases, you’ll find Clive at the entrance to the Academy and he challenges you to a battle. After you beat him, you head into the school at night and select School Yard on the tablet by the front desk. Then after a brief conversation you battle the founder of Team Star, Penny, and her team consists entirely of Eeveelutions:

The best strategy is to have dual type Pokemon with super effective attacks against multiple Eeveelutions; for example, Tinkaton can Play Rough Umbreon for weakness then Gigaton Hammer Sylveon for weakness.

That’s everything we have on challenging and defeating Team Star’s Bosses in Pokemon Scarlet and Violet. Check out some of our other Scarlet and Violet content like how to view your badges, what to do after you beat the game, and where to find False Swipe.