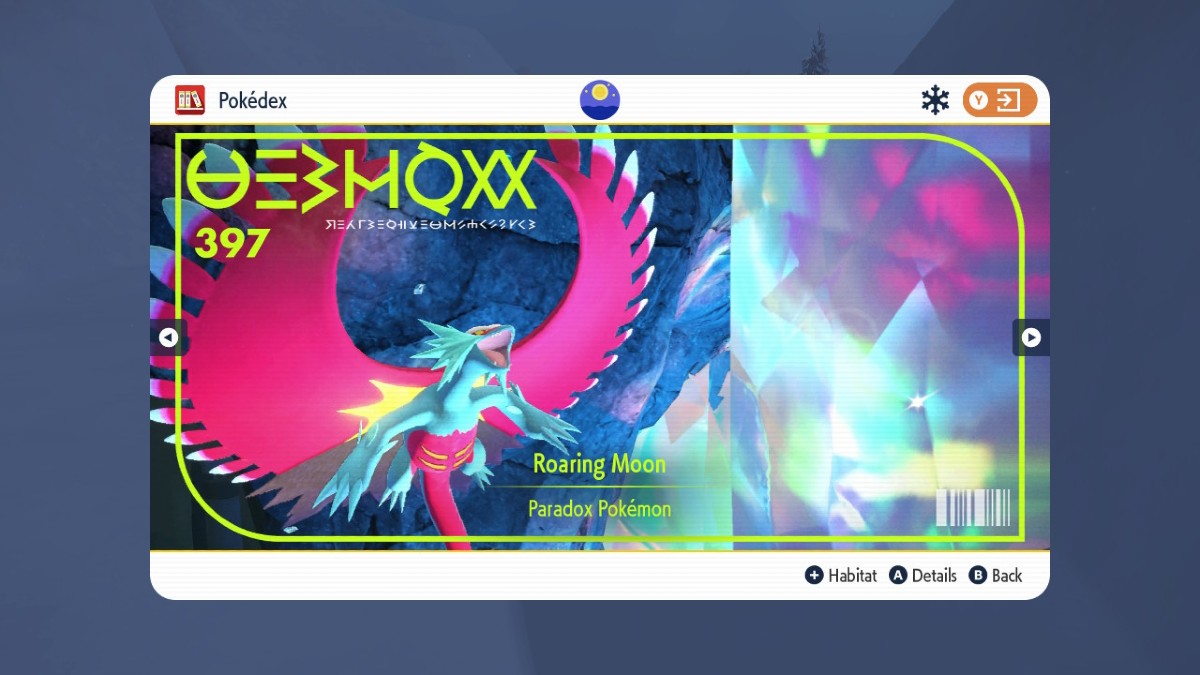 Paradox Pokemon are an anomaly exclusive to Pokemon Scarlet & Violet, where these unique Pokemon represent the past or future versions of pre-existing Pokemon. For example, the Dragon-type Pokemon known as Salamence has a Paradox form in Pokemon Scarlet known as “Roaring Moon” which is believed to be an ancient form of the Pokemon. Finding this ancient and powerful Pokemon can be tricky however, since only one area in the game is where it calls home. So today, let’s discuss how to catch Roaring Moon in Pokemon Scarlet & Violet.

How to Catch Roaring Moon in Pokemon Scarlet

As mentioned before, Roaring Moon can only be found in Pokemon Scarlet, specifically in Area Zero. When entering the Area Zero gate, teleport yourself to Research Station No.3 as shown in the image above. From there, there will be a hidden cave next to a giant tree nearby the facility. This cave is the only location in the game where a Roaring Moon can spawn. Unlike other Paradox Pokemon, it has a very low spawn rate, so it may take a little more running around to get one to spawn.

To further stray itself from other Paradox Pokemon, Roaring Moon is also considered to be a “Boss Pokemon”, meaning it has a lower catch rate than normal Pokemon, and especially amongst the Paradox Pokemon. Catching one is essentially the equivalent of catching a Legendary Pokemon to be more precise. Our recommendation is to bring plenty of ultra balls, and Fairy-type Pokemon to tank the devastating attacks from it.

It’s hard to say for sure if Paradox Pokemon will exist outside of Pokemon Scarlet & Violet. Unless a future game revolves around the theme of “past and future”, there’s a very high chance we won’t see them return in future generations, or at the bare minimum, see new ones.

However, there’s a good chance Pokemon Scarlet & Violet could receive DLC, like Pokemon Sword and Shield did, which could introduce new Paradox Pokemon to the games. The running speculation is the existence of a data file that potentially shows Paradox Legendary forms of Virizion and Suicune. However, we won’t know for sure for at least quite sometime.