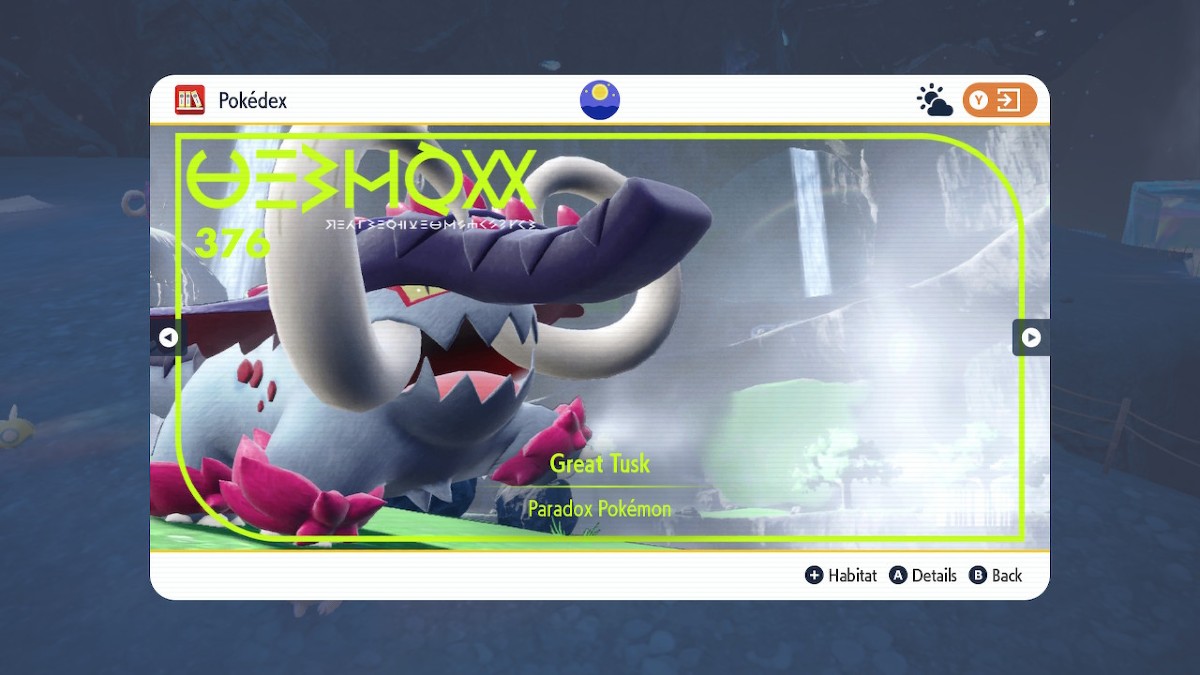 How to Catch Great Tusk in Pokemon Scarlet

Great Tusk can be found in the Asado Desert in the same location where you originally fought its Titan variant. However, its spawn rate is pretty low compared to finding one in Area Zero.

In Area Zero, Great Tusk can found on the bottom level where the Crystal Cave is. When entering Area Zero, teleport yourself down to the fourth research station, where Great Tusk, as well as other Paradox Pokemon will be waiting for you right outside.

Can Paradox Pokemon Be Bred?

One of the big questions regarding Paradox Pokemon is whether or not they can be bred in Pokemon Scarlet & Violet. For the short and sweet answer, no, Paradox Pokemon cannot be bred and will not lay an egg at a picnic table when attempting to breed them.

It’s unfortunately never specified as to why they cannot be bred, but one could guess it’s due to them being “un-natural” inhabitants and are too dangerous to be released in the Paldean region. Especially with certain Paradox Pokemon like the “Iron” forms from Pokemon Violet, whom are simply just mechanical versions of pre-existing Pokemon.

That’s everything you need to know on how to catch Great Tusk in Pokemon Scarlet & Violet. Be sure to check out other guides like where to find all the Green Stakes, or what all the Steel-type weaknesses are.