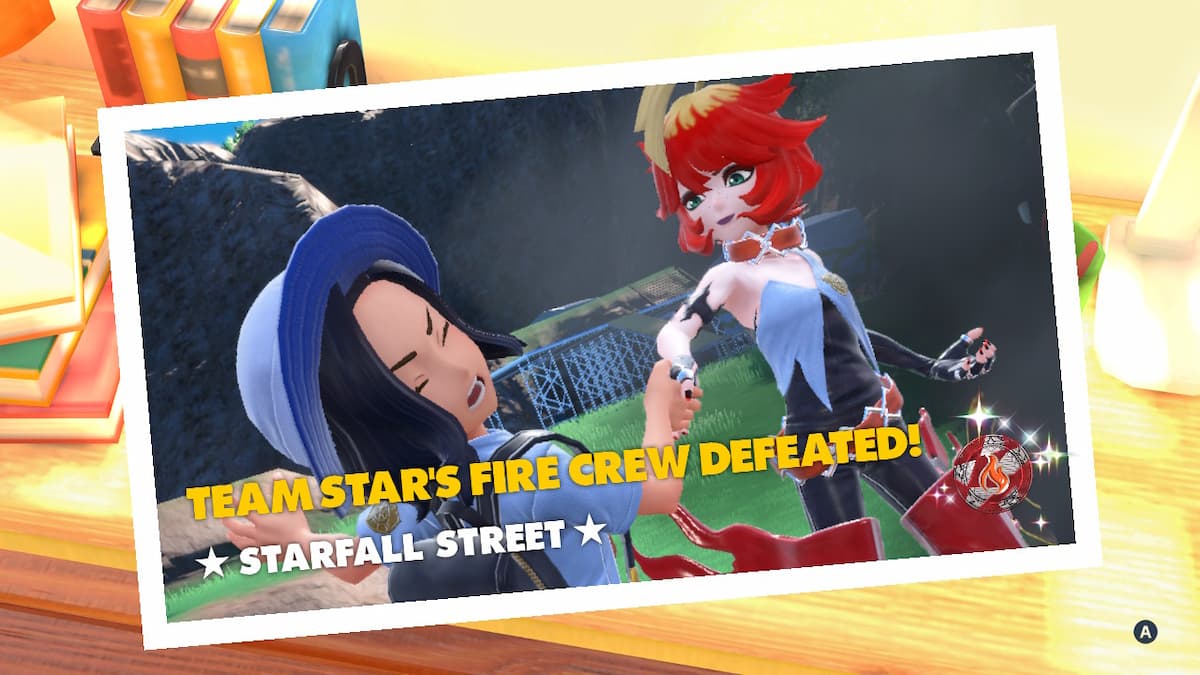 The Starfall Street storyline of Scarlet and Violet requires players to defeat five crews for Operation Starfall. One of the first groups you’ll run into is the Fire Crew, a team with various Fire-type Pokemon. So, if you want to complete this mission of the game, here’s a step-by-step guide on how to beat Team Star’s Fire Crew in Pokemon Scarlet and Violet.

When players explore East Province (Area One) in Pokemon Scarlet and Violet, they’ll find the base of Team Star’s Fire Crew. But, before you enter this establishment, you should have a few Pokemon that are at around level 26 to 27 to eliminate the opposing team.

Here is a step-by-step guide to help you beat this powerful group:

After you defeat Mela’s team, she will reward you with a Star Badge and the Flame Charge TM. In addition, Cassiopeia will give players 5,000 LP, the ability to make more Technical Machines, and TM materials.

That does it for our guide on how to beat Team Star’s Fire Crew in Pokemon Scarlet and Violet. For more Team Star content, you can check out our guide on how to defeat the Dark Crew. Be sure to also look at the relevant links below for additional information, including an explanation about the multiplayer mode.