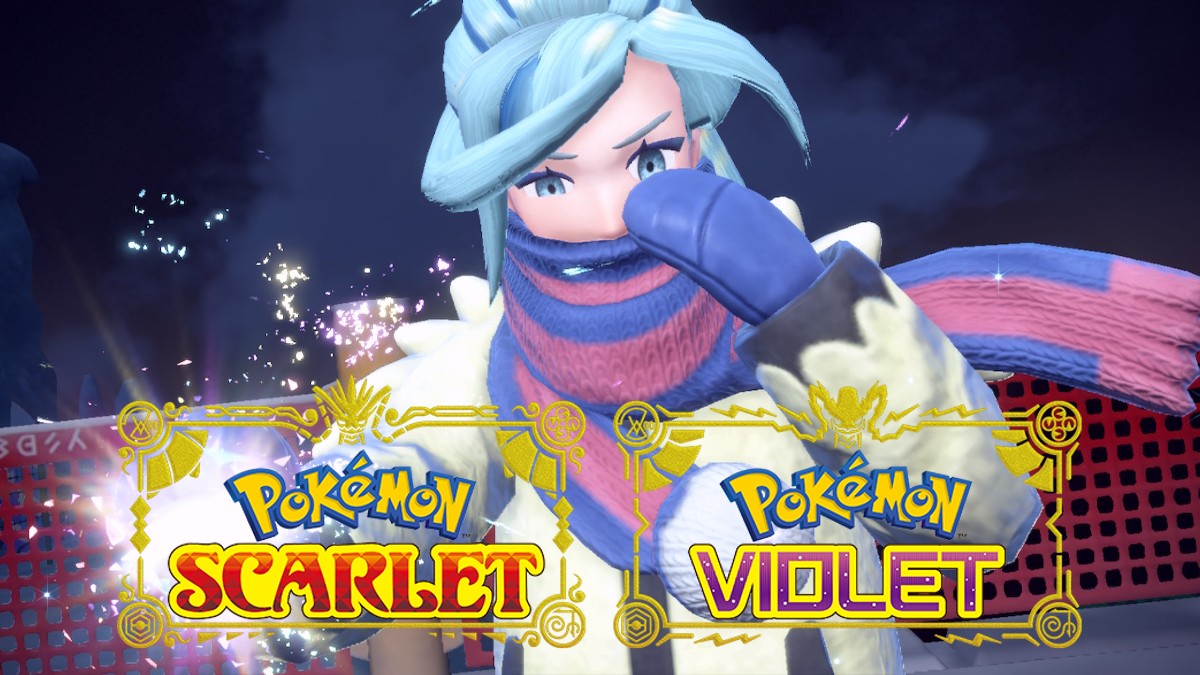 Unlike other Gym Tests, the Glaseado Gym Test is arguably one of, if not the easiest, to complete. After speaking with the Gym staff member, you’ll be tasked with riding down the Snow Slow Run. To pass the test, you need to make it to the bottom of the hill while grabbing all the flags along the way.

Essentially, it’s like regular skiing, but instead of using proper equipment, you ride on the back of a Legendary Pokemon! You’ll be given a minute and a half to make it to the bottom of the hill, but you’ll make it down as quickly as thirty seconds for those with good reflexes. After successfully completing the test, players will finally be allowed to take on the Ice Type Gym Leader, Grusha.

How To Beat Gym Leader Grusha

The strongest Gym Leader of the Paldean region has four Pokemon, three of which are level 47, while his ace is at level 48. Grusha starts the battle with Frosmoth, an Ice and Bug Type Pokemon. Since it’s part Bug Type, Frosmoth has a 4x weakness to Fire, so essentially any Fire Type move will one-shot it easily. Grusha’s next three Pokemon will not go down as easily.

Outcomes Bearitc, a heavy hitting Ice Type that can dish out massive damage if not dealt with swiftly. Since it’s a pure Ice Type, Rock, Fighting, Fire, and Steel Type moves will work the best against the beast. This also applies to Grusha’s third Pokemon, Cetitan. Beartic leans more on the offensive side, while Cetitan is much more defensive. Defeat these two to finally move onto Grusha’s ace Pokemon, Altaria.

You know the drill by now. Normally, Altaria is a Dragon and Flying Type, but after Grusha using Terastallize it becomes a Pure Ice Type, removing its previous weakness of Ice and Fairy. However, it now makes it weak to Rock, Steel, Fighting, and Fire, like Grusha’s previous Pokemon mentioned above. Although, it has access to its Dragon Type moves, like Dragon Dance, which will increase its attack and speed.

You need to defeat Altaria as fast as possible using one of the Types mentioned above that is super effective against it, otherwise, it will become too strong to defeat after setting up a couple of Dragon Dances. After defeating Altaria, players will have successfully beaten the Glaseado Gym Test, and will be rewarded with its Badge and a selfie with Grusha.

That’s everything you need to know on how to beat the Glaseado Gym Test & Leader in Pokemon Scarlet & Violet. Be sure to check out other guides like how to get more PC boxes, or how to find and catch Nymble.