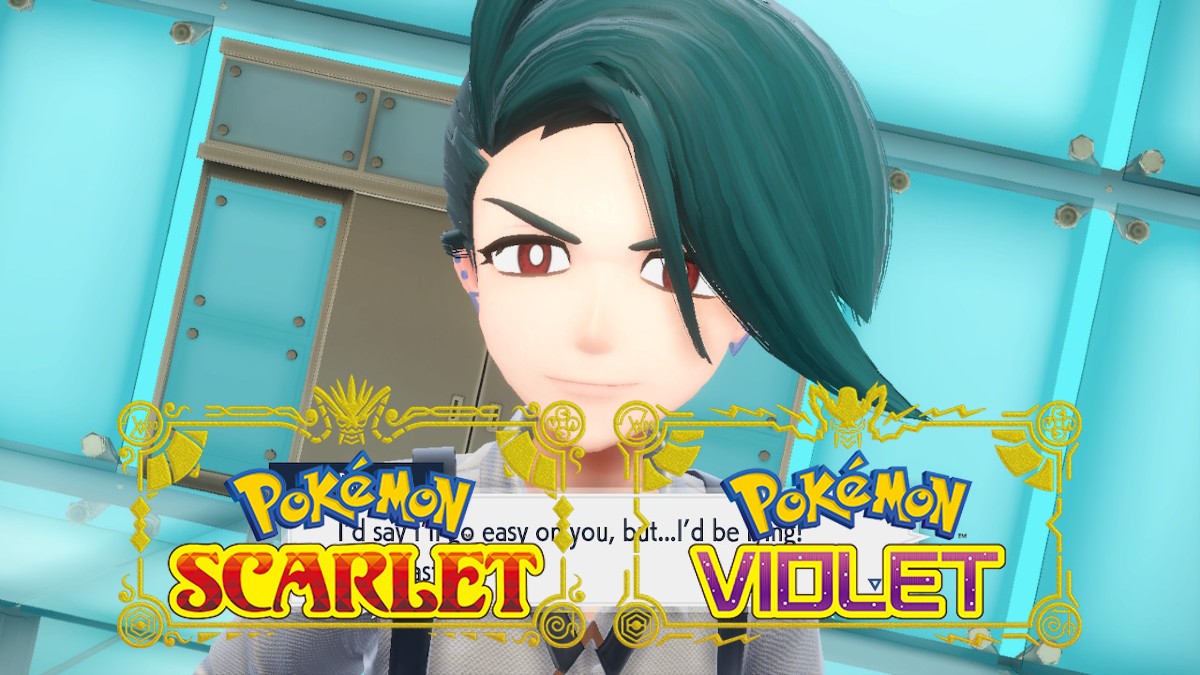 After defeating all of the Gyms in the Paldean region, it’s finally time to make your way to Pokemon League, where you will face off against the Elite Four and the Champion. Throughout your journey, you’ve already met all of the members of the Elite Four at various Gyms, including Rika, the Ground Type specialist. She will be your first challenge when squaring off against the Pokemon League. So today, let’s discuss how to beat Elite Four Rika in Pokemon Scarlet & Violet.

How To Beat Elite Four Rika in Pokemon Scarlet and Violet

To make things easier, we’ll go through each member of Rika’s team and breakdown on how to defeat each one. As mentioned before, she specializes in Ground Type Pokemon, of which she has five. Let’s start with her first member, Whiscash:

Whiscash is a Water and Ground Type Pokemon that specializes in defense. Due to its unique pairing of Types, it only has one weakness, Grass. However, using a Grass Type move will deal 4x the amount of normal damage, since Grass is super effective against both Water and Ground. Otherwise, this Pokemon can be pretty bulky, so make sure to use your heavy hitters to deal with it quickly.

Depending on what Pokemon you use against Whiscash, Rika will send in her next best option, or at least in this example, Donphan. Rika’s Donphan is level 57, and is a pure Ground Type Pokemon, meaning it’s weak to Ice, Water, and Grass Type moves. Unlike Whiscash, Donphan leans more on the heavy hitter side, and has access to the powerful Earthquake move. A few clean hits using one of the super effective Types mentioned above should get the job done quickly.

Up next is Camerupt, a Fire and Ground Type Pokemon. Since it’s part Fire it can now go toe-to-toe with Grass and Ice Pokemon, whom would normally be strong against Ground Types. However, it now has a 4x weakness to Water. Virtually any attack using Water will one-shot this Pokemon with ease, but beware of its signature move, Overheat, which can deal massive Fire Type damage.

Dugtrio without a doubt will be the easiest to defeat amongst all of Rika’s Pokemon. It’s a pure Ground Type and it doesn’t specialize in a particular stat. Any Water, Ice, or Grass Type move should take it out with little to no issues. However, players should still be wary of its access to Earthquake like Donphan for example. Defeating Rika’s fourth Pokemon will finally get her to bring out her ace Pokemon, Clodsire.

Rika’s ace Pokemon is a level 58 Paldean Quagsire, known as Clodsire in this region. Normally, it would be a Poison and Ground Type, but after Rika Terastallizes it, it becomes a pure Ground Type. Like a normal Quagsire, Clodsire specializes in heavy defense, and thanks to being Terastallized, its Ground Type moves are gonna hit a lot harder than usual. However, since it’s no longer a Poison Type, Clodsire is weak Ice, Ground, and Grass Type moves, like Dugtrio and Donphan for example. Break through its bulky defenses with some heavy hits to secure the win. Defeating Clodsire will finally win you the battle, and you will have defeated the first member of the Elite Four!

That’s everything you need to know on how to beat Elite Four Rika in Pokemon Scarlet & Violet. Be sure to check out other guides like how to beat the Alfornada Gym, or how to find and catch Bonsly, and what Azurmarill’s best Nature is.