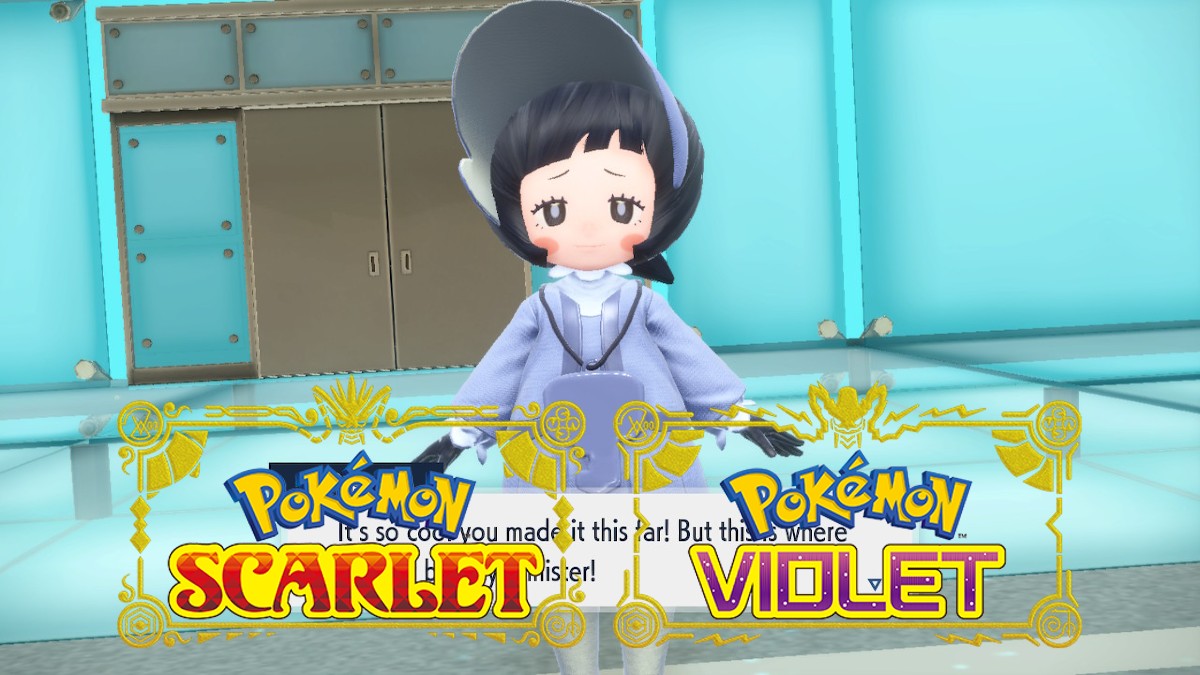 How To Beat Elite Four Poppy in Pokemon Scarlet and Violet

To make things a little easier we’ll go through each individual member of Poppy’s team, which is comprised of Steel Type Pokemon. She has five Pokemon, four of which are level 58, while her ace is at level 59. Let’s talk about her first member of her team, Copperajah.

Poppy starts the battle with her level 58 Copperajah. Copperajah is a pure Steel Type Pokemon, meaning it’s very weak against Fire, Fighting, and Ground Type moves. Steel Types naturally weigh more on the defensive side, and Copperajah is no exception. However, a few moves of the super effective types listed above should get the job done with little issue.

Next up is Bronzong, a Steel and Psychic Type Pokemon. Bronzong is a tricky Pokemon to deal with as it has a powerful ability known as Levitate, which makes it immune to Ground Type moves. Not only that, since it’s part Psychic Type, it also has a resistance to Fighting Type moves. However, as a trade-off, it now has a weakness to Ghost Types, as well as it’s original weakness to Fire. Using a Fire Type like Skeleridge in the image above will be a great option to use in this fight.

Unlike Bronzong, Poppy’s third Pokemon, Magnezone, will be much easier to deal with. Magnezone is a Steel and Electric Type Pokemon, retaining all of the normal weaknesses like Fire and Fighting, but now has a 4x weakness to Ground Types. However, Magnezone are known for being quite fast, so be careful of its Electric moves otherwise it will paralyze your Pokemon. One good Ground Type move should one-shot this Pokemon with ease.

Poppy’s final Pokemon before her ace is a level 58 Steel and Flying Type Pokemon known as Corviknight. Since it’s part Flying, it now becomes immune to Ground Type moves and resistant to Fighting Type moves, but now gains a weakness to Electric moves. Like Magnezone, Corviknight leans more on the speedy side, but has terrible defense, so a good Fire or Electric type move should get the job done with ease.

Poppy’s final Pokemon is a level 59 Tinkaton, whom she Terastallizes into a pure Steel Type. This actually works in your favor, as previously, Tinkaton is a Steel and Fairy Type Pokemon and has resistance to Fighting Type moves, but since it Terastallized into a pure Steel Type, it now has a weakness to it. That said, players shouldn’t get too comfortable yet, as Tinkaton packs incredible offensive power with that hammer and high speed. Your best option would be to use a Fire Type Pokemon, as it will have high resistance to Tinkaton’s Fairy and Steel moves. Defeat Tinkaton, and you will have successfully beaten the second Elite Four member, Poppy!

That’s everything you need to know on how to beat Elite Four Poppy in Pokemon Scarlet & Violet. Be sure to check out other guides like how to get Oval Stones, or how to get Dawn Stones, as well as how to beat the first Elite Four member, Rika.