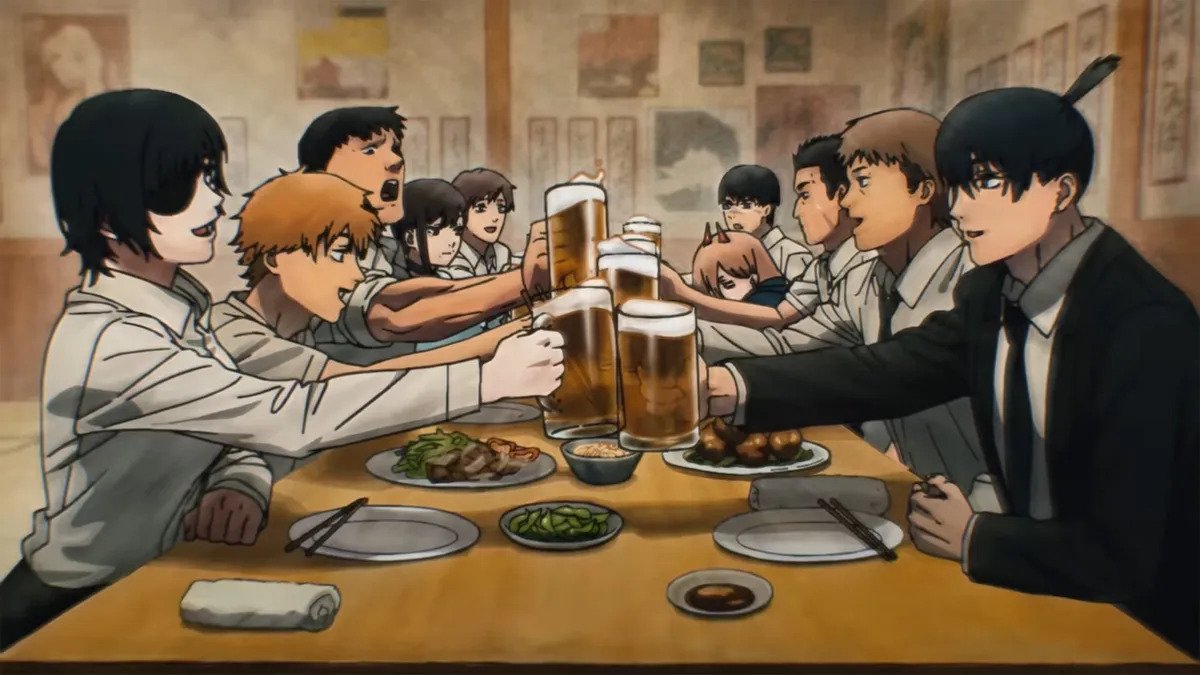 After the traumatic events of Episode 6, the guys and girls of Division 4 deserved to blow off a little steam. In Episode 7, Denji and the hunters caught in the hotel meet up with their colleagues at a restaurant to unwind and build some camaraderie. The evening inevitably tilts toward heavy drinking, and the crew racks up a hefty tab by the time they depart. But how many beers did the devil hunters drink? We kept count, so you didn’t have to.

What Was the Total Beers Drank in Chainsaw Man Episode 7? Answered

Although frequent cuts make it difficult to see, a total of 28 beers are drunk throughout the episode. Some more responsible members (and underage ones) stick with or switch to iced tea as the evening rolls on, but the heavy hitters (Aki, Himeno, and Makima) pump up the numbers after Makima challenges her subordinates to out-drink her.

The initial plan for the evening was an opportunity for the newly assembled members of Division 4 to gather and break the ice with one another. Himeno also positions the outing both as an opportunity to convince Kobeni and Arai not to resign and also to coax some intel about Denji’s true nature out of a hopefully drunken Makima. The plan falls apart spectacularly.

The initial scenes of the dinner show eight “in progress” beers, with three refills appearing after Kobeni arrives late. Once Makima arrives and throws her drinking gauntlet down, the numbers skyrocket, with sixteen empty mugs littering the table. The evening concludes, and the hunters go their separate ways, save for Himeno and Denji, who stumbles back to her apartment, where she has one final nightcap in bed, pushing the total to 28.

罢丑补迟’蝉 how many beers the devil hunters drank in Episode 7. The crew certainly works hard and plays even harder. Looking for more answers to your Chainsaw Man questions? Learn whether or not Denji Dies, or who the real villain of the series is.