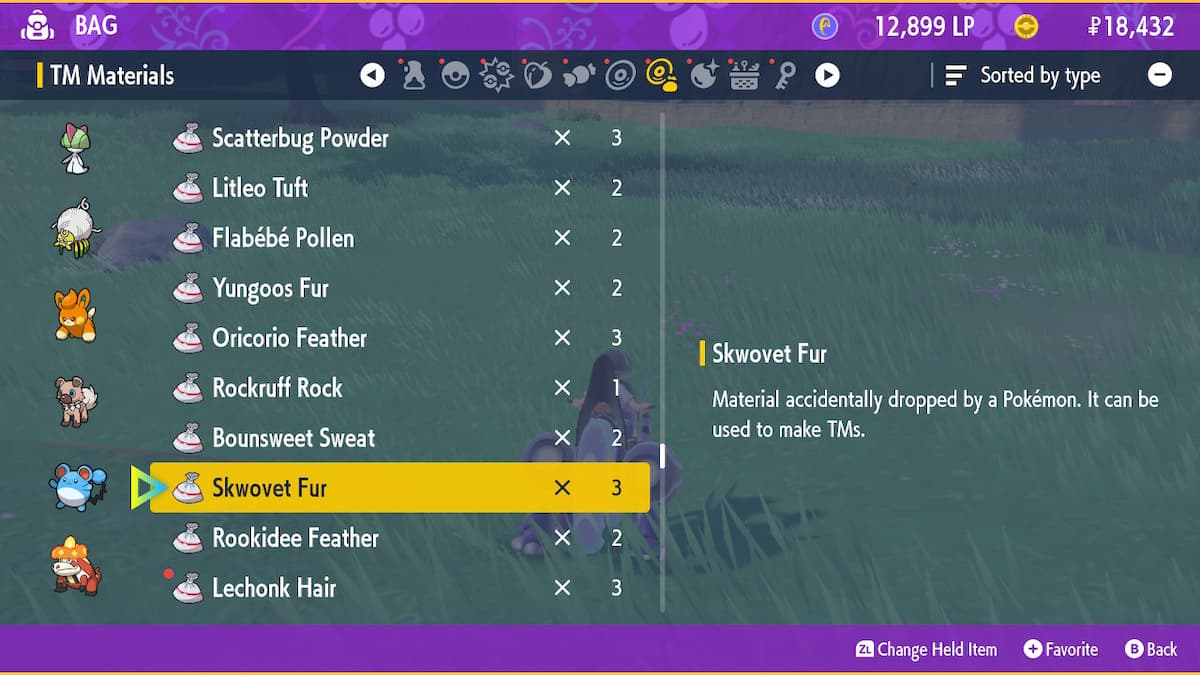 TMs in the Paldea region must be crafted using materials collected from different Pokemon around the world. Skwovet Fur is a useful material that appears early in the game. Here’s everything you need to know on how to get Skwovet Fur in Scarlet and Violet.

How Do I Collect Skwovet Fur in Pokemon Scarlet & Violet?

All you have to do is battle Skwovet and you’ll collect 1-2 Skwovet Fur every time you catch one or knock one out.

They are found Southwest of Mesagoza (check the below screenshot) and won’t put up much of a fight, especially against a Mankey or Croagunk. Look for areas off the walking path where trees are close together to find a couple Skwovet at once. If they don’t show up immediately, you should see them after a few minutes.

TMs that require Skwovet Fur include Body Slam and Hyper Voice, both requiring three of the material per copy. Hyper Voice is a decent move that works well with Sylveon’s Pixelate, so crafting it is a smart move. Body Slam isn’t the most powerful move, but the paralysis it sometimes causes is useful against wild Pokemon and gym leaders

Swkovet also has the Cheek Pouch ability, which is incredibly useful when repeatedly battling wild Pokemon. It restores 33% of the Pokemon’s max HP when it consumes a berry, after the effect of the berry is applied, meaning that it’ll save you a ton of trips to the Pokemon Center.

That’s everything we have on how to collect Skwovet Fur in Pokemon Scarlet and Violet. Check out some of our other Scarlet and Violet content like an explanation of what LP means, auto battling, and start collecting Bonsly Tears.