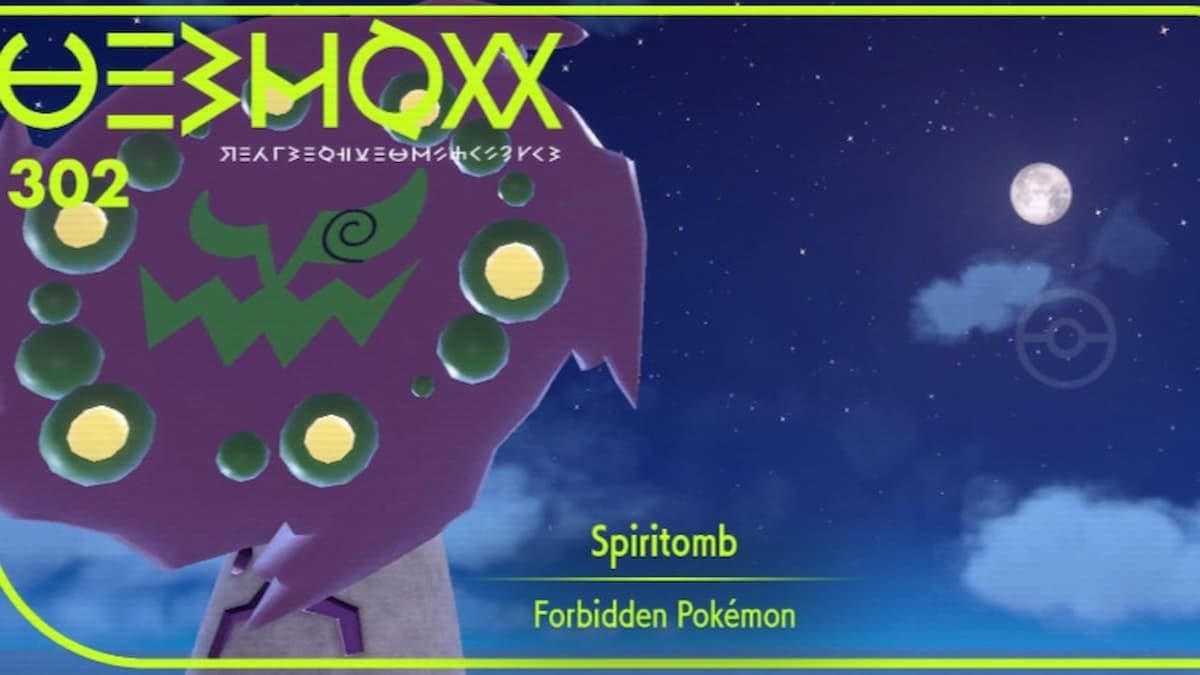 Spiritomb is one of the few Pokemon in Scarlet and Violet that doesn’t have a known habitat in the Pokedex. That said, players may have difficulty locating this Ghost/Dark-type due to its rare spawn rate. So, if you are currently facing this issue, we’ll show you how to find and catch Spiritomb in Pokemon Scarlet and Violet.

Where To Find Spiritomb in Pokemon Scarlet & Violet

Spiritomb is primarily located in the Glaseado Mountain of Pokemon Scarlet and Violet. While in this area, you can explore two places to capture this rare creature. First, players can look around the top-right corner of Glaseado Mountain:

Or, you can go to this location near the forest of Casseroya Lake:

Those who find a Spiritomb should instantly save their game because this Pokemon has been known to immediately faint in battle, preventing players from catching it.

How To Catch Spiritomb in Pokemon Scarlet & Violet

Capturing Spiritomb in Scarlet and Violet is a bit tricky compared to other Pokemon because of its deadly Memento attack. This self-inflicting move can cause it to faint while simultaneously lowering your team’s Attack and Sp. ATK stats. But, if you saved before this battle, you can pick up from where you last started and try again.

The best approach to catching a Spiritomb is to throw a Poke Ball, like Ultra and Master, at the beginning of the match. With this Poke Ball method, you can stop the Pokemon from fainting, resulting in a more accessible experience.

Once players capture the Spiritomb, they can learn about the creature’s abilities and moves. For instance, the Pressure ability causes other Pokemon to expend more PP to use their attacks. Spiritomb can also equip various moves, such as Curse, Shadow Ball, and Sucker Punch.

So there you have it; this is how to find and catch Spiritomb in Pokemon Scarlet and Violet. If you want to capture more creatures, you can check out our guides on how to obtain Ralts and Eevee. Be sure to also explore the relevant links below for additional content about the game.