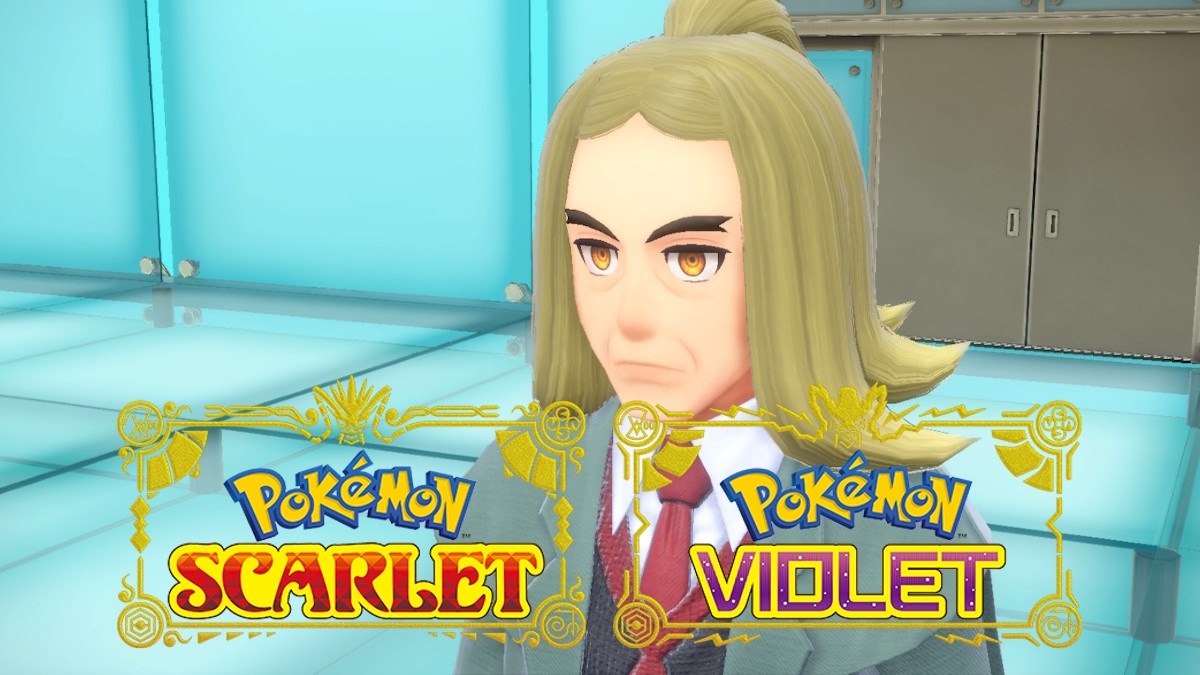 The final Elite Four member standing guard between you and the Pokemon League Champion, is none other than the Dragon-type Master, Hassel. Unlike his fellow Elite Four members, Hassel will not go down so easily with his powerful armada of Dragon Pokemon. So, without further ado, let’s discuss how to beat Elite Four Hassel in Pokemon Scarlet & Violet.

How to Beat Hassel in Pokemon Scarlet & Violet

Hassel has five Pokemon, four of which are level 60, while his final ace Pokemon is level 61. Hassel will start the battle with his first Pokemon, Noivern.

Hassel will start the battle with his Dragon and Flying-type Pokemon, Noivern. Dragon Pokemon in general are extremely weak to Ice, Fairy, and Dragon-type moves, and Noivern is no exception.

Since it’s also part Flying-type, that gives it another weakness to Ice, making it 4x weak to it. One good Ice Beam should knock it out in one hit, but this also applies to a solid Dragon Claw or Moon Blast attack as well.

Next up is Hassel’s Dragon and Grass-type Pokemon, Flapple. Out of all of the Pokemon on his team, Flapple is easily the weakest and doesn’t excel in any particular stat pool.

Just like Noivern, Flapple is also 4x weak to Ice, making it easy prey for virtually any Ice-type attack. Flying, Poison, Bug, Dragon and Fariy-type moves will also be super effective against Flapple, should you not have an Ice-type move available.

Hassel’s third Pokemon, on the other hand, is a much different story. Dragalge is a Dragon and Poison-type Pokemon, and due to its Poison typing, it’s one of the very few Dragon-type Pokemon that can actually resist a Fairy Type attack.

However, as a trade-off for no longer being weak to Fairies, it’s now weak to Ground and Psychic-type moves, in addition to its Dragon and Ice weaknesses. Any one of the mentioned typing’s should take it down with little issue.

This is where things start to get dangerous. Hassel’s fourth Pokemon is a pure Dragon-type known as Haxorus. It may be a pure Dragon, but it’s unfortunately one of the hardest hitting Dragon Pokemon in the game. Under most circumstances, this dangerous beast will one-shot your team if you aren’t able to defeat it quick enough.

To make things worse, it also has access to Dragon Dance, which will increase its attack and speed, essentially guarantying a one-shot kill against your Pokemon. Use either Dragon, Ice, or Fairy-based attacks to defeat this Pokemon as quick as possible, or it will end your Pokemon League run.

Say hello to the newest Pseudo-legendary Pokemon of the Paldean region, the Dragon and Ice-type Pokemon, Braxcalibur. After Hassel Terastallizes it, it becomes a pure Dragon-type like Haxorus. Unfortunately for you, though, it packs a far more devastating punch than Haxorus.

Like Haxorus, Braxcalibur is a heavy hitting Pokemon and thanks to being Terastallized, all of its Dragon attacks now deal double the damage.

This is another situation of “defeat as fast as possible or you die,” to put it simply. Dragon, Ice, and Fairy-type attacks will once again be your best bet against this dangerous beast. If you’re able to beat Braxcalibur, you’ll have finally beaten Hassel and defeated all of the Elite Four members!

That’s everything you need to know on how to beat Elite Four Hassel in Pokemon Scarlet & Violet. Be sure to check out our latest guides like how to get Fire Stones, how to find Thunder Stones, or how to level Pokemon fast.