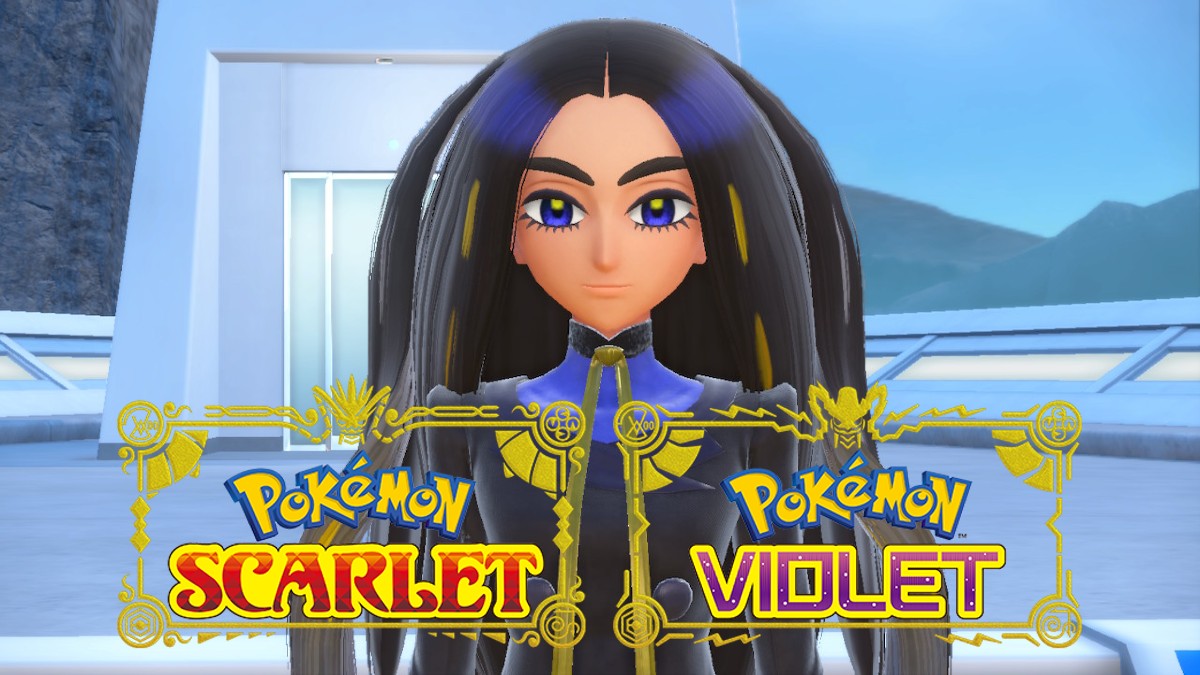 So you finally conquered the Elite Four in Pokemon Scarlet & Violet. That only leaves one trainer standing in your way from becoming a Champion-class trainer, Pokemon League Champion, Geeta. While she isn’t as strong as previous Champions in other games, Geeta definitely isn’t a fight to take lightly. So today, let’s discuss how to beat Champion Geeta in Pokemon Scarlet & Violet.

How to Beat Geeta in Pokemon Scarlet & Violet

To simplify things, we’ll go over each of Geeta’s Pokemon individually to help alleviate some of the stress from the fight. The majority of her Pokemon are ones that the player has already fought by now, but she still has a few tricks up her sleeve for you.

Geeta’s team is comprised of five level 61 Pokemon, and her sixth being level 62. She starts the fight with the Psychic-type Pokemon, Espathra.

As mentioned, Espathra is a pure Psychic-type Pokemon that you’ve likely already fought at least once before. In this instance, Espathra is weak to Dark and Ghost-type moves, and Dark-type Pokemon are completely immune to Psychic attacks.

This Pokemon doesn’t particularly stand out in the stat department, and with a few clean hits, you should have no problem defeating it.

Geeta’s second Pokemon is the walking ice mountain, Avalugg. As one would expect, it’s a pure Ice-type with powerful defenses. That said, Ice has a lot of weaknesses, such as Fire, Fighting, Rock, and Steel, so while its defenses are very high, it’s not unbeatable. On top of that, its attack stat isn’t exceptionally high, so as long as you don’t make it into a stalemate, Avalugg can be brought down relatively quickly from a few Fire attacks.

Pokemon Scarlet & Violet introduced various new evolutions for pre-existing Pokemon, and Kingambit, the final evolution of Bisharp, is no exception. Kingambit still maintains its predecessors’ original Steel and Dark-typing, but now trades Bisharps speed for more attack power. Be wary of its deadly Night Slash attacks, as this has a high chance of being a critical hit, dishing out huge damage to your Pokemon.

However, with Steel and Dark as its typing, Kingambit is 4x weak to Fighting-type moves, while also still being very weak to Fire. This is a priority Pokemon that needs to be defeated before it’s given the opportunity to hurt you.

Next up is Veluza, a Water and Psychic-type Pokemon. Another instance of fighting a Pokemon you’ve fought already, but now even easier than before, since not only is Veluza weak to Dark and Ghost from being a Psychic-type, it also has Grass and Electric weaknesses from being part Water.

However, while the type coverage is a lot easier to handle, Veluza is resoundingly fast, making it dangerous if the player can’t defeat it quickly. That said, its defensive stats aren’t anything to brag about, so one attack from one of the above mentioned types should wipe Veluza out with little issue.

Returning for the first time in a Nintendo Switch game, Gogoat from Pokemon X and Y is Geeta’s penultimate Pokemon. Being a pure Grass-type, Gogoat has numerous weaknesses such as Fire, Bug, and Flying. However, it makes up for it with a high speed and attack stat. Like Kingambit, Gogoat should be considered a priority Pokemon to defeat before it can dish out too much damage as Geeta sends in her ace Pokemon, Glimmora.

Geeta’s final ace Pokemon is a level 62 Rock and Poison-type Pokemon known as Glimmora. Visually, it’s arguably one of the most unique Pokemon in the game. However, in terms of “final battle” material, it’s definitely a little lackluster compared to previous champion Pokemon like Garchomp. As expected, however, Geeta Terastallizes Glimmora into a pure Rock-type, sealing the deal on making it the weakest Champion Pokemon in the franchise.

Becoming a pure Rock-type means Glimmora is now weak to Water, Grass, Fighting, Steel, and Ground-type moves, meaning you absolutely should have no problem wiping the floor with it. To make things worse for it, Glimmora also has poor stats, and therefore can’t survive a clean hit from a super effective move.

After defeating Glimmora, you’ll have successfully defeated Pokemon League Champion Geeta! However, you still aren’t finish with the Victory Road path yet, as you’ll have one more battle to finish before becoming a true champion trainer.

That’s everything you need to know on how to beat Champion Geeta in Pokemon Scarlet & Violet. Be sure to check out other guides like how to Hyper Train, or how to make your Pokemon properly obey you.