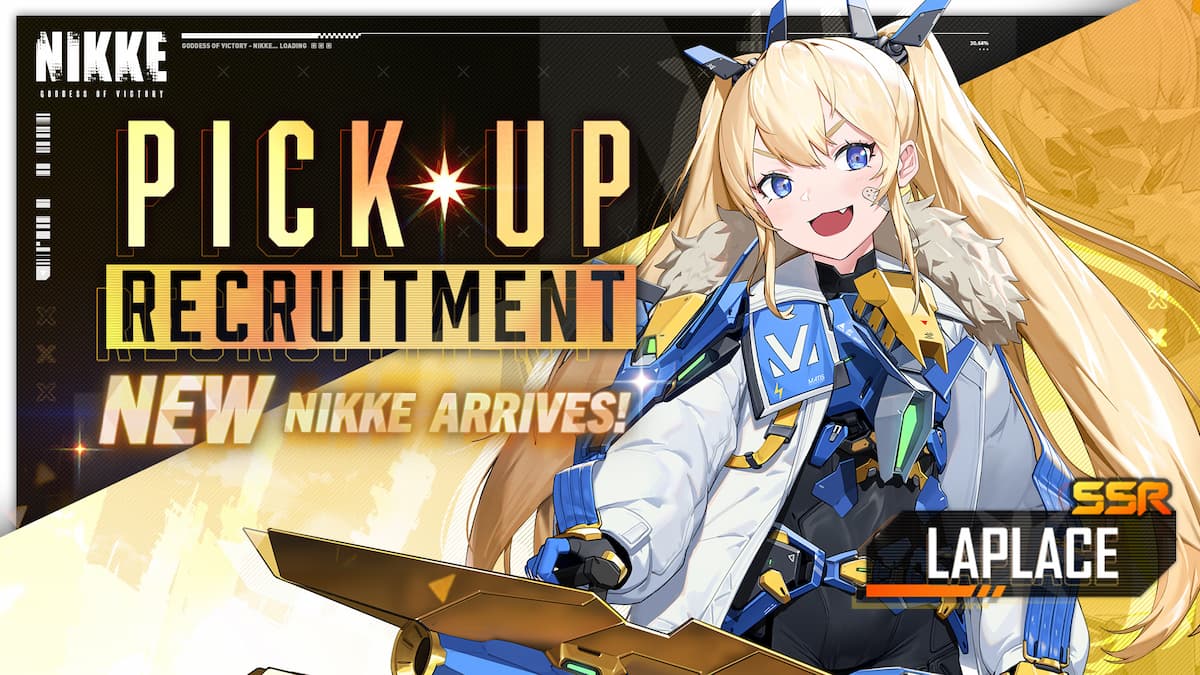 Laplace was teased over the weekend, and Shift Up has confirmed that she is indeed the next SSR character to get added to Goddess of Victory: Nikke. She’ll be getting added to the game on Nov. 24, and her rate-up banner will work exactly just like Helm‘s.

Players have a 4% chance of pulling an SSR, and Laplace’s rate is set at 2%. This means that each time you pull an SSR, it has a 50% chance of being Laplace. You’ll need to use Advanced Recruit Vouchers to pull on this banner, as the regular blue tickets don’t work here.

In addition to that, a new event called High-tech Toy is also getting added to the game on the same day. It also works similarly to No Caller ID, where players have a chance of earning event-specific currency by using certain characters to clear the event stages.

Finally, story chapters 17 and 18 are also getting added, along with a week-long login bonus campaign that will reward players with High-Quality Molds, Advanced Recruit Vouchers, and more.

Goddess of Victory: Nikke is now available on mobile devices.