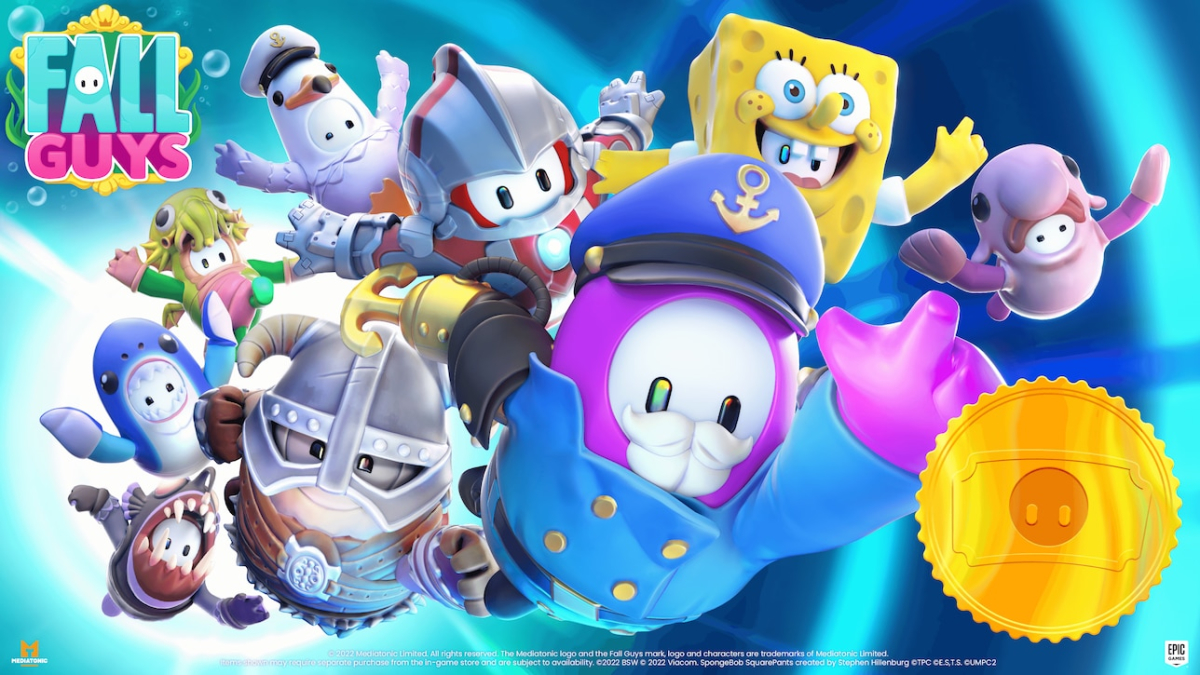 Season 3 will begin this Tuesday, Nov. 22 and will be called Sunken Secrets, as the bean characters are transported to a lost city under the sea. The season will bring new rounds such as the giant slide Speed Slider, Puzzle Path maze, and the violent Kraken Slam stage.

A new battle pass comes with the new season featuring outfits from Ultraman, The Elder Scrolls V: Skyrim (nicknamed the Dovah-bean), and SpongeBob SquarePants himself. Players can unlock the yellow cartoon character alongside his pet snail Gary as a hat and the Bubble Bowl Performance Celebration. SpongeBob’s friends Patrick, Sandy, Squidward, and Mr. Krabs will also be coming to the game as outfits alongside an Imaginaaation Emote available from the in-game store starting on Dec. 1.

The season will kick off with a limited-time Let’s Get Kraken event on Nov. 22 where players complete various challenges to earn a themed nickname, nameplate, pattern, and Kudos currency. There is also a Golden Sands Anchor costume that can be earned after Nov. 29.

Fall Guys Season 3 Sunken Secrets will begin for all platforms on Nov. 22 and is currently available for PC, PlayStation 5, PlayStation 4, Xbox Series X|S, Xbox One, and Nintendo Switch.