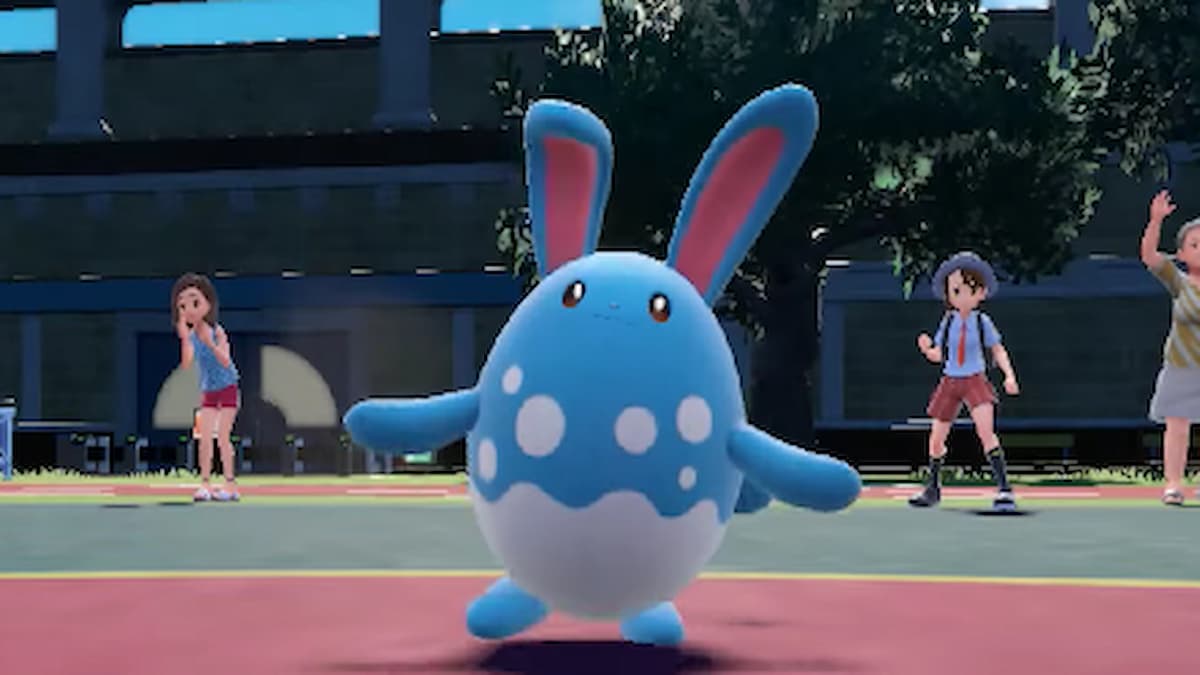 Azumarill looks innocent enough, but it has the potential to be quite dangerous. It has great typing and access to Huge Power, for one thing, which is one of the best abilities in Pokemon; additionally, Marill evolves into it at a low level so it’s easy to add to your team. Here’s everything you need to know on the best nature for Azumarill in Pokemon Scarlet and Violet so you can take down other trainers.

The best nature for Azumarill is ‘Adamant,’ which maximizes the attack boost from ‘Huge Power.’ This Pokemon’s base attack with an ‘Adamant’ nature gets boosted to over 400 with max EVs. Azumarill’s speed stat is irrelevant because it learns ‘Aqua Jet,’ so don’t worry that your awesome water type won’t get a chance to attack after a well-timed ‘Belly Drum.’

In addition to the two moves listed above, the Water Rabbit Pokemon should have ‘Play Rough’ and another good move of your choice like ‘Liquidation’ or ‘Protect.’ It’s true that ‘STAB boosted Play Rough’ after a ‘Belly Drum’ also deals an astonishing amount of damage when the situation calls for it, but Aqua Jet will likely be the move you use most often.

That’s everything we have on Azumarill’s best nature in Pokemon Scarlet and Violet. Check out some of our other content on the new Pokemon games like how to get Moon Stones, where you can catch Sinistea, and this explanation of Meal Powers.