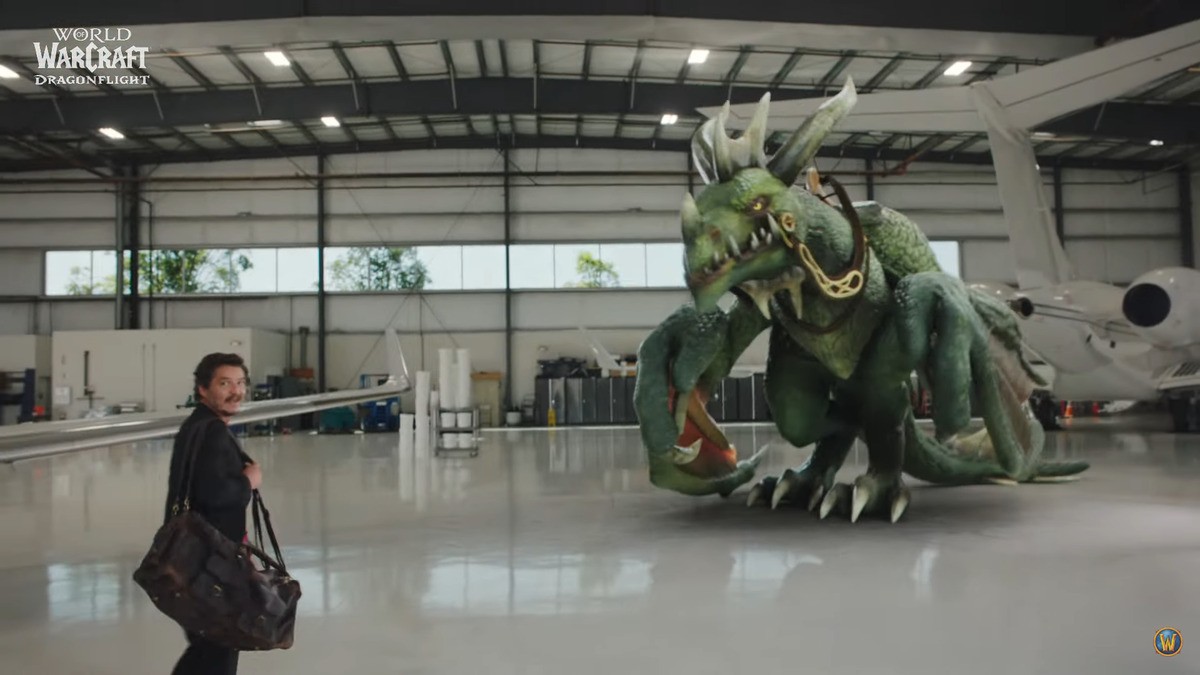 A new advertisement for the World of Warcraft: Dragonflight expansion gathers a few big stars. If you’re nostalgic for those 2000s TV commercials where popular celebrities pretend they play World of Warcraft, we have finally circled back around, and it’s just as silly this time as it always has been.

The video opens with Pedro Pascal (The Mandalorian) walking into a jet hangar and promising to show a surprise. It then cuts to David Harbour (Hopper on Stranger Things) offering to show the viewer “how we all do all these big Hollywood VFX shots.” Then we see Lana Condor (Lara Jean Covey from the To All The Boys film trilogy) walking through the park with her dog.

It is then revealed that each star has gotten their own pet dragon, and they show something cool each dragon can do. No, the dragons absolutely don’t mesh well with their surroundings, but it is worth a watch just to see David Harbour be silly to what is most certainly really a tennis ball.

The World of Warcraft: Dragonflight expansion will be out on Nov. 28 and promises to let you have your own dragon as well. Just yesterday, they released a launch trailer that most certainly makes dragonriding look incredibly fun.

Blizzard summarizes the story in the new expansion as follows:

The dragonflights of Azeroth have returned, called upon to defend their ancestral home, the Dragon Isles. Surging with elemental magic and the life energies of Azeroth, the Isles are awakening once more, and it’s up to you to explore their primordial wonder and discover long-forgotten secrets.