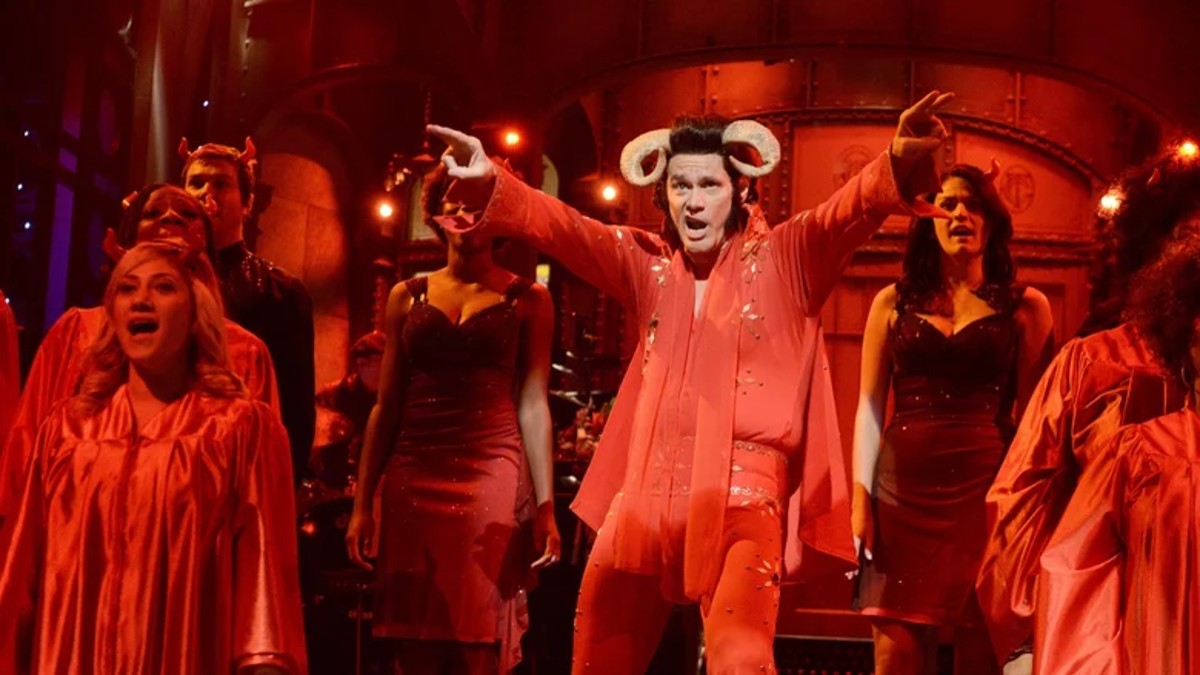 In recent years, actor Jim Carrey has definitely been a bit quieter when it comes to his roles in Hollywood, as his only significant credit is playing the eccentric Dr. Ivo “Eggman” Robotnik in the Sonic the Hedgehog live-action movies. Back in the 90s and early 2000s, though, there were few actors that were as recognizable as him, especially when it came to comedies.

From the Ace Ventura series to How the Grinch Stole Christmas, people just couldn’t get enough of Carrey’s wacky antics. Around that time, pretty much anything with the actor’s name attached to it was a success, including a movie where he played a character that was given the powers of god, called Bruce Almighty.

While not a cult classic, Bruch Almighty did well enough with fans, even garnering a spin-off sequel starring Steve Carell’s character. Interestingly enough, though, it was recently revealed that an unmade sequel was planned that would have given Jim Carrey the power of the Devil.

According to a recent interview with SyFy Wire (via SlashFilm), the film would have been called Brucifer and would have seen what it was like if Bruce Nolan got the power of Lucifer instead of that of God from the first film.

“It was going to be the Trials of Job, essentially,” said screenwriter Mark O’Keefe. “The world had not gone his way since he was God. Everything was great for a while; he was married, and it all fell apart. He was once again questioning everything and then got a different way to solve things.”

The screenwriters of the film continued that they would have had the same tone as the first film and that they wanted to make it fun and campy, even though it would have killed off Jennifer Aniston’s Grace. It’s a really interesting concept for a sequel that unfortunately will never see the light of day.