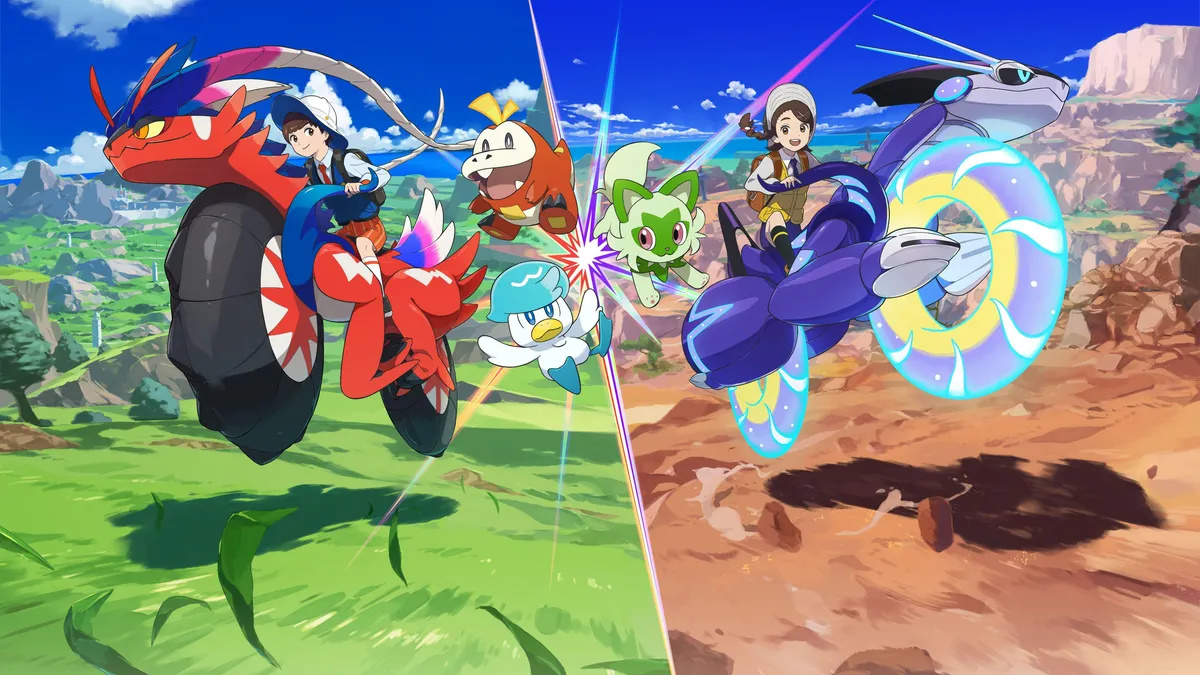 After defeating the final boss of the game and letting the credits roll, you’ll be teleported back to Naranja Academy to discuss the events of what transpired with the Director and Champion Geeta. Once the situation is explained, Geeta will request you to help her re-evaluate the strength of the Gym Leaders.

After accepting this task, you can once again challenge all the Gym Leaders with their new powered-up teams. Each Gym Leader will have teams of five Pokemon, all around level 65-67. Defeating all eight Gym Leaders again will unlock the next post-game activity, the Academy Ace Tournament.

The Academy Ace Tournament is a brand new post-game activity where you can face off against newly powered-up trainers like Arven, Nemona, the Elite Four, Champion Geeta, and more! You will be randomly assigned to fight one trainer per round, for a total of four fights.

Players can participate in the tournament whenever they want to, making it a great source of leveling up Pokemon, as all the trainers have Pokemon level 65-68. After you win a tournament for the first time, you’ll receive a call from Instructor Jacq regarding 5-6 Star Tera Raids.

As one would expect, the higher the difficulty, the better the rewards. Defeating these upper-tier raids will grant you a higher chance of earning a Herba Mystica, which can be used for various sandwiches, as well as other exclusive rewards like Rare Candies.

Paradox Pokemon are a unique new sub-species introduced to the franchise as past or future versions of pre-existing Pokemon. An example would be the image shown above featuring Iron Hands, a future version of a Hariyama, as well as Iron Valiant.

Players would have fought or seen quite a few already throughout the game, including a team full of them when facing the final boss. Now, after completing the story, players can now venture out to hunt them down before they cause trouble in the Paldea region.

At the beginning of the game, you were essentially given a Koraidon/Miraidon for free, so you never had the opportunity to properly catch one for yourself. However, that changes in the post-game. After defeating the final boss, you can now make your way back to where the final battle was held, where a second Koraidon or Miraidon will be waiting for you. This time, you can properly do battle and catch one for yourself.

Keep in mind that while it’s available to be caught, Koraidon and Miraidon are shiny-locked, meaning no matter how many times you try, you cannot get a shiny version of it for our shiny hunters out there.

Thanks to the open-world environment of the game, finding shiny Pokemon has never been easier in Pokemon Scarlet & Violet. On top of that, using the Herba Mysticas obtained from 5-6 Star Tera Raids, you can now increase the chances of finding a shiny Pokemon even higher! You can find a proper guide on how to do so here.

Of course, the final activity to do in the post-game is catch them all! Pokemon Scarlet & Violet feature roughly 400 Pokemon for players to find and catch. Catching them all will reward you with the Shiny Charm, further increasing your chances of finding Shiny Pokemon, and a Diploma from Director Chavell, honoring you for all of your hard work.